The balance of economic power is reversing

I’m at Mipim Asia in Paris’s Asian investor presentation. The cross-channel competition for Asian capital is roughing up as the Paris panel carves up ‘les rosbifs’. 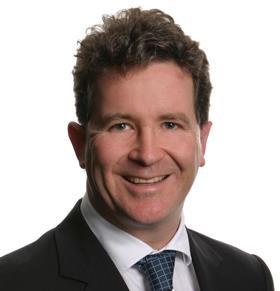 As for ‘ze northern powerhouse’ says the chairman, “I’d rather invest in Paris than Newcastle.” I point out that the northern powerhouse is a region of 13 million people and five cities (four more than Paris) in an arc from Liverpool to Newcastle. This only amuses my French hosts. “Paris”, they say with all the hauteur they can muster (which is quite a lot), “is an iconic super-brand”.

I decided to be quiet and listen. Paris’s approach had some interesting lessons for the UK. First, “the French government always pays for infrastructure. It’s tradition”. So, as tradition demands, they are pouring €50bn (£36bn) into building 80km of new subways and eight new stations in and around Paris.

The UK government should take a leaf from the French government’s Paris playbook. For example, we need to link all of our northern cities with a high-speed HS3 to supercharge the northern powerhouse. We must also build 1.5 million more homes and double London’s transport capacity if we are to deal with the three million more Londoners coming by 2050. Only a combined public- and private-sector approach will reach these gigantic goals.

France had a policy of a close friendship with China, even in the darkest days of Sino-Western relations, and China has a long memory. China’s sovereign wealth fund is co-investing with France’s CDC to pour €1bn into Paris’s infrastructure. So, if George Osborne gets his China friendship policy right, then there could be a massive infrastructure and investment dividend for the UK.

London is still number-one city for outbound Asian capital though. London property is perceived as a prestige brand and is still cheap compared with hyper-crowded Hong Kong. Our clients were clear: “London every time: the language, the relatively light regulation and tax and the shopping. We’ve looked at buying in the US, but the extra-territorial tax and complex structuring just kills our returns.”

Asian investors are also increasingly attracted to the UK regions. They see capital values still below trend with potentially another 10%-15% growth to go. We talked to agents who structured Maple Tree’s (the Singaporean investor) £4bn global fund. Maple Tree is busy deploying it in the UK regions: £400m into student housing at 6% and £365m last month into Manchester, Bristol and Aberdeen offices. 2016 could be the regions’ year.

Asia’s vast capital reserves will forge the future. China has more than $2 trillion worth and is still the US’s biggest creditor. China has also, as its People’s Daily said, “shown the world the Western way is not the only way to modernise”. And now Asian decisions discussed at this conference will substantially determine the price of commercial property in the UK and across the Western world. In our time the balance of economic power between east and west is reversing.