The current housing supply situation is a paradox. 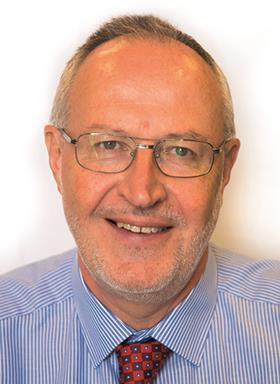 On the one hand, there is now widespread recognition that years of chronic undersupply have pushed home ownership out of reach for many thousands of people. On the other, it is still blatantly obvious that no one has the political will to do anything anywhere near radical enough to remedy the situation.

The result is a slew of warm words on improving land supply and housing delivery, while the situation on the ground for anyone involved in development remains incredibly frustrating. That is particularly true on our home turf in the Thames Valley, where new housing to meet the overspill from London, let alone our own successful economy, is of paramount importance. 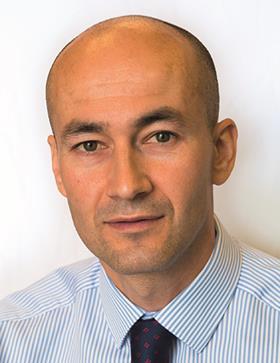 The factors preventing a major increase in housing delivery are many and varied. But without a doubt, the planning system is the most problematic. While we should not ignore the problems caused by skills and labour shortages, supply-chain issues with building materials and ever more stringent mortgage criteria, planning issues remain top of the agenda.

Despite some really positive moves by the government, planning remains a major block on development. Gaining an implementable permission for even a medium-sized project requires vast amounts of time and expense, not least because of the amount of information that is now required simply for a planning authority to accept an application as valid.

But while the system is undoubtedly over-bureaucratic and cumbersome, in reality the mechanics are only part of the problem. The fact remains that planning is a political issue: even the most technically rigorous and policy-compliant application can fail at Planning Committee stage. Our clients can tick every box, consult every interested party, gain the support of overworked planning officers and still fall at the final hurdle due to the prejudices of locally elected politicians who, on too many occasions, cannot see beyond their own fiefdoms. Subsequent planning appeals are expensive and time consuming.

In part, central government has only itself to blame. While the general thrust of the National Planning Policy Framework is to be applauded for its presumption in favour of sustainable development - however defined - the rise of localism is more often than not acting as a powerful pull in the opposite direction. It’s the classic tale of Jekyll and Hyde translated to planning policy.

The introduction of neighbourhood planning has been particularly problematic. Yes, a handful of pro-development neighbourhood plans have been produced and some are excellent, but few would argue that in too many cases the initiative has been anything other than a charter for Nimbies. That is certainly our experience in the Thames Valley, where several neighbourhood plans are in place and are already having a disturbing impact on the delivery of new homes in suitable locations.

To take just one example, there is a neighbourhood plan in one Thames Valley village where one of the most suitable development sites is not coming forward because a significant number of the members of the group that drew up the plan live in close proximity to the land. Instead, they propose bringing forward land in an area of outstanding natural beauty, where development would be contrary to both national and local planning policy.

The result is that nothing is likely to get built - and even if it did it would be delayed and could end up on land that is valued not just locally, but recognised as being worthy of protection on behalf of the nation as a whole. Such perverse outcomes cannot have been the intention when the Localism Act was being drafted. Indeed, we were reassured that there were sufficient checks and balances to prevent exactly this sort of situation from arising. From our experience in the Thames Valley, those checks and balances are demonstrably too often failing.

Ultimately, the problem is one of political will. The housing crisis has risen up the political agenda, but in a battle for hearts and minds the Nimby instinct still triumphs over the needs of ‘generation rent’.

Just take a look at the figures. A recent poll found that 65% of people recognise we have a housing crisis on our hands - a sea change in public attitudes compared with just five to 10 years ago. And yet the same poll found that 90% of people would object to development in their backyards. We can all be guilty of selfish instincts, but it is a circle that needs to be squared - and quickly.

Simplifying the planning system would go a long way to help. In fairness, the Housing and Planning Bill, currently working its way through parliament, should make it easier for developers to put in successful applications. The changes to permitted development rights have also made things easier and are bringing forward more redundant and neglected sites for development.

And yet more needs to be done. For instance, the current sequential test demands that development is brought forward first on brownfield land, then in the form of urban extensions and then - and only then - in open countryside. The policy is surely right in principle, but it is also a blunt instrument.

The situation in the Thames Valley is a case in point. In Reading, there are very few brownfield sites left to develop, which might not be such a problem if it were not for the fact that the town has very tight boundaries. It is incredibly difficult to see how Reading can realistically accommodate the growth it so blatantly requires - not least with the arrival of Crossrail in three years’ time - without pushing out into neighbouring planning authorities.

With the current planning system, that is highly unlikely to happen. For sure, the so-called ‘duty to co-operate’ demands authorities to take account of their neighbours’ housing land needs, but the reality is that the ‘duty’ means next to nothing. Time and again in the Thames Valley, from Reading to Oxford, we are faced with the situation where district authorities resist any incursion onto their land until they have exhausted every option available - often at great expense, not just to developers but to the public purse.

Some planning authorities, of course, understand the problem and are proactively planning for growth. But others, quite frankly, leave much to be desired. In the age of austerity, most are overworked and do not have the resources to process applications within the statutory time limits, even if there is the will to facilitate development.

But all of this is to ignore one of the big elephants in the room: green-belt policy. In the Thames Valley, we have to deal with both London’s sprawling green belt and Oxford’s precious doughnut. There cannot be anywhere else in the country facing greater housing need and yet so constrained. It is an archaic, national policy wreaking havoc at a local level.

So let us be clear: the green belt was originally put in place to ensure the separation of settlements. It was not because the land in between necessarily had a high landscape and ecological value. In short, the green belt needs a comprehensive review. A lot of the green belt is not of high value. Drive around parts of west London down to Slough and what you will see is often very poor-quality land. It should not be sacrosanct - even gaining a residential planning consent for redundant garden centres can be difficult for goodness’ sake.

We are, quite simply, living in the past. The current planning system is incompatible with tackling the housing crisis - one of the most pressing social policy problems of our age, particularly in a place like the Thames Valley. Our housing shortage is acute and requires intervention from politicians with passion and verve. Be clear, this is a crisis - and it needs a generation of leaders willing to command public opinion, not just react to opinion polls.

Established as a market leader in the development land sector, Haslams sells and acquires over 2,000 residential plots annually and is working currently on in excess of 10,000 strategic plots.