Appearing before MPs this week for a select committee hearing on ‘high streets and town centres in 2030’, Sports Direct founder Mike Ashley let rip – railing against “prehistoric rents” and calling for “a massive electric shock” in the form of a new tax on online sales to revive ailing high streets. 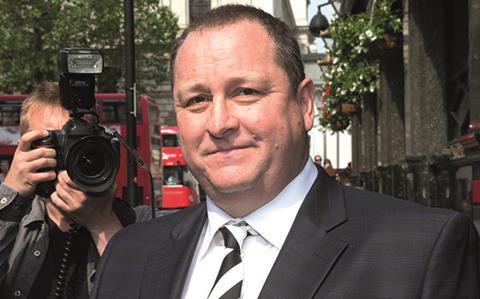 Ashley looked increasingly exasperated by the initial line of questioning, which focused on his use of zero hours contracts and the way he handled the acquisition of House of Fraser.

“I thought we were here to talk about saving the high street but clearly not,” he said, before accusing one member of the committee of misquoting him about promises he’d made to keep stores open.

“What person could keep 59 stores open apart from God,” he said. “If I manage to save 80% of them, it may be a god-like performance.”

Once he was finally quizzed on the state of the UK retail market, Ashley didn’t hold back. He gave a dire assessment of the future of the high street and offered up some radical suggestions for how to turn its fortunes around. In the hour-long session, he also argued that high rents were adding to retailers’ woes and outlined his approach to rental negotiations with House of Fraser’s landlords.

Ashley put the blame for the retail industry’s woes on one thing – the internet – and argued that the problems facing the high-street were even worse than people imagined today.

“The mainstream high streets are already dead. The patient is dead… in the bottom of the swimming pool,” he said. “The only thing you can do is give them a massive electric shock.”

The shock treatment he advocated was a tax of 20% of online sales on all retailers that make more than 20% of their turnover online. Only by doing this, he said, would retailers have an incentive to keep stores open and to open new stores.

He also called for retailers to be given a business rates holiday on the proviso that the money saved would be invested back into the stores. As part of the deal, landlords would have to cough up too, he added. “Why should the council not get anything and they get the full rental value. Everybody has to put in,” he said.

Ashley argued that high rents were exacerbating the problems facing retailers. He said that landlords and tenants had always been “uneasy bedfellows” and that landlords had taken advantage because they could. “In reality when one has the upper hand, he gets out his hammer and bashes the other,” he said. Department stores were stuck with “prehistoric rents”, he said, pointing to leasing deals struck before the financial crisis with upward-only rent reviews.

“Landlords have to take their share of the pain,” he said. “The rents were set pre-the web. They’re no longer relevant. It’s madness”.

Debenhams was a good business, he added, but it “just can’t survive on the rents and business rates it’s paying.”

Revo chief executive Ed Cooke, who agreed with Ashley’s assessment that a “massive electric shock was needed” to revive the high street, said the retail magnate had exaggerated the problem of legacy rental agreements.

“We feel he overplayed the point about upwards only rent reviews, as the average new retail lease is around 7 years, and rent reviews have been largely replaced by more frequent renewals,” he said.

Indeed, in the case of House of Fraser’s recent negotiations with landlords, Ashley himself indicated that the balance of power was shifting more in retailers’ favour. Asked what sort of rent reductions House of Fraser was achieving in the wake of the department store chain’s sale to Sports Direct, he said it was likely to achieve a 50% reduction in base rents overall, albeit with significant differences between stores.

“The only reason they are (going to halve) is who else is going to take the stores?” he said.

In House of Fraser’s recent rent negotiations, Ashley accused landlords of arguing that stores were profitable when they were in fact loss making once central overheads were taken into account. He said he was pushing for rents that were based on a percentage of turnover in addition to a base rent. 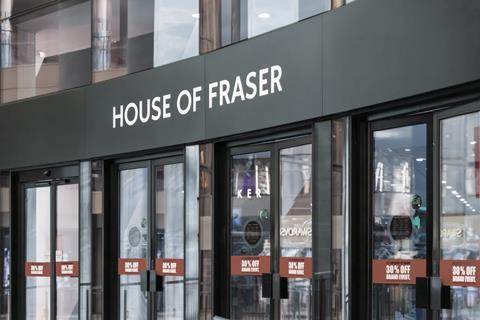 Most landlords were happy to engage, he added. “Some landlords are being greedy but the vast majority want to work something out.”

Ashley ended his session with a stark warning of where UK high streets could end up by 2030 if radical action isn’t taken. “It’s just going to die and you’re going to be left with Oxford Street and Bond Street. Outside of London, it’s going to be like a ghost town.”

Retail landlords may not agree with everything Ashely had to say, but would support his calls for shock treatment from the government to avert this apocalyptic vision for retail’s future.