More trouble is brewing for pubs as three-tier lockdowns start

Towards the end of summer, pub landlords and tenants hoped they had come through the worst of Covid-19. But new government restrictions are raising fresh fears about the industry’s future. 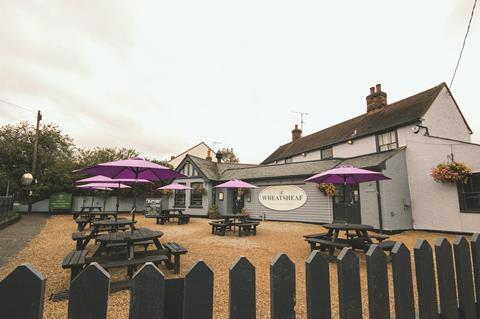 Boris Johnson’s three-tier lockdowns, announced this week, combined with the 10pm pub curfew, have created the perfect economic storm for many licensees.

With several northern cities under the tightest restrictions, real estate adviser Altus Group warns that as many as 7,000 pubs could face fresh temporary closures.

A joint report from Oxford Economics and the British Beer & Pub Association (BBPA) has warned of an “increasingly likely scenario” in which the UK beer and pub sector’s total economic output could fall by 31% and more than 290,000 of the industry’s 900,000 jobs will be lost.

The evidence, based on recent surveys of a wide range of pub and hospitality businesses, suggests one in four pubs will close without more government support. Of those that remain, 78% will only break even.

This month, Greene King became the first major operator to take stark measures, with plans to cut up to 800 jobs and close 79 pubs and restaurants, citing the 10pm curfew and end of the furlough scheme.

“Many pubs just about survived the first lockdown and in July and August had put money back into the tills and built up reserves, in the knowledge that there will probably be a local lockdown if there is a second wave. But another national lockdown for many would be too much, and some won’t make it.”

Local Data Company research shared with Property Week shows 88% of independent pubs and 70% of pubs in chains with five or more outlets have reopened since they were allowed to on 4 July. An LDC spokesperson says: “If pubs have not opened three months on, you have to wonder if they ever will.”

Davies says there will be winners and losers in the pub sector in the wake of Covid-19. “The winners are community pubs, as people are staying local, working at home, socialising nearby and meeting family and friends where they are able to. The losers are night-time bars, circuit pubs and anything in a metropolitan city. London has been absolutely battered.”

The prime minister has promised funding for employees of pubs and bars in tier-three areas that are forced to close due to the latest measures, in plans dubbed ‘Furlough 2.0’. But the industry is calling for wider support and longer-term tax changes to revive the sector.

Davies says: “We’ll be fighting for business rates reform and calling on the government to find other ways to raise tax, including taxation of the digital economy.”

Pubs are due to pay around £800m in business rates next year if they do not get another business rates holiday, according to research from Colliers. John Webber, head of business rates at Colliers, says: “Good weather and the ‘Eat Out to Help Out’ scheme only stemmed the tide of job losses and pub closures. This wave could turn into a tsunami if the chancellor doesn’t announce a continuation of business rates relief in 2021.”

In the immediate term, pub owners are also lobbying hard for an end to the 10pm curfew.

Paul Tallentyre, executive director at leisure and hospitality property advisers Davis Coffer Lyons, says: “If you were only trading at 60% of turnover previously because of social distancing rules, with the curfew in place, you are probably trading at somewhere around 40% to 50%. All of a sudden, you haven’t got a viable business.”

Tallentyre says the extension to the evictions moratorium is just “kicking the can down the road and more debt is being accumulated”.

He adds: “The government has to come up with new ideas because people are racking up debt. Come January, when the moratorium has finished, there will be a bloodbath because there will be so much debt that’s been accumulated [that the tenants] will just walk away.”

Many pub landlords will just be focusing on making it through the winter. With tighter lockdown measures in place, the sector is braced for another rocky period.