The key takeaways from this year’s hybrid RESI convention 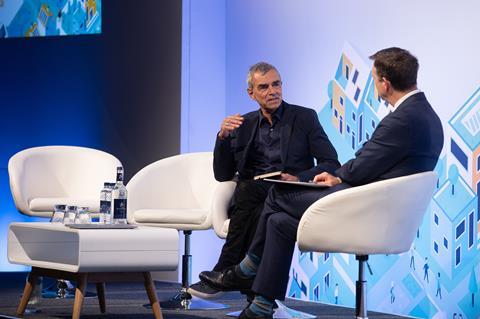 The theme of this year’s conference was ‘The Age of Responsibility’, which captured the mood of an industry galvanised by the pandemic into taking action on ESG, affordability and the housing crisis among other big issues.

Here are the key takeaways from this year’s RESI Convention:

David Partridge, chairman of Argent Related and president of the British Property Federation, was in the hot seat on day one of the event, talking about placemaking and the ‘S’ in ESG. “We always want to create places that we want to be a part of,” he said, urging developers to go further than public consultations with communities: “You need to ask yourself: how can you create social value, ESG, diversity and community?”

In her keynote speech, Kitty Ussher, chief economist at Demos, spoke positively about the UK’s recovery from what she described as both a “deckchair recession” and a “U-bend recession” that has seen GDP rise and fall several times over the past 18 months.

Responding to a question from BBC home editor Mark Easton about how confident she was feeling, Ussher said she had been optimistic for a while. “I am very bullish,” she said. “I’ve been bullish since about February.”

Former Secretary of state for housing Robert Jenrick was also positive about the industry’s recovery. He said that he and the chancellor were keen to protect the industry from any potential “scarring” effects of the recession, which was why the government had rolled out the stamp duty holiday, Help to Buy and Right to Buy. But he acknowledged that these demand-side interventions were not enough.

“Sometimes they are actively counterproductive because they can be inflationary, so we also have to be ambitious about supply,” he added. “And no one can talk about a housing crisis, or concern for the young, or for families struggling to get good-quality accommodation, without also accepting the inevitable logic that we need to build more homes.”

The question of how the residential sector could futureproof homes in a sustainable way came up repeatedly at this year’s RESI. During the CEO panel discussion, Easton grilled Jason Honeyman, chief executive of top-10 housebuilder Bellway, on why the developer was continuing to put gas heaters in its homes and whether he felt bad about doing this. In his response, Honeyman said the issue was complex.

“Gas boilers are the only technology that’s available,” he noted. “That’s the issue. If you said to me ‘make less profit and save the planet’, that sounds like a good deal to me. But I cannot physically find enough air source heat pumps in the market at the volume that we require.”

In a session on decarbonising the housing sector, chaired by Property Week editor Liz Hamson, Joseph Daniels, chief executive of Project Etopia, threw down the gauntlet to the industry to invest in the technology needed to address the climate issue.

“Why did it take a kid that was homeless to raise £20m to go and do the R&D?” he asked, reflecting on his experience. “We talk about R&D – let’s put our money where our mouth is.”

In another session, Dan Brooks, director at Moda Living, also stressed the importance of technology and data in helping businesses to become more efficient in terms of energy use.

“We can make sure that our communal spaces are used really efficiently, by knowing who’s using them and when to run them more efficiently.”