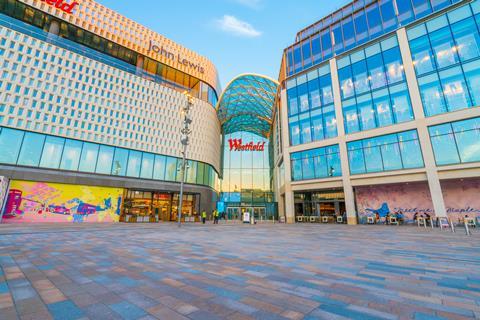 Last week, that plan was left in tatters after URW – a French company whose trophy assets include the Westfield London shopping centres in Shepherd’s Bush and Stratford – lost a bruising shareholder battle and failed to secure the two-thirds majority it needed to raise €3.5bn in capital.

In a dramatic shareholder revolt, a consortium led by telecoms billionaire Xavier Niel and former Unibail boss Leon Bressler waged a campaign to block the capital increase, and won three seats on the company’s board. The activist investors argued that the company should look to sell or borrow rather than dilute shares with a rights offer.

URW’s chief executive Christophe Cuvillier disagreed, arguing that the capital-raising was a crucial part of the company’s efforts to protect its credit rating and balance sheet, having amassed a debt pile that ballooned in 2018 after it bought Westfield for $24.7bn (£18.7bn).

Cuvillier’s concerns were borne out two days after he lost the shareholder vote, when ratings agency S&P Global downgraded URW and flagged “a negative outlook” in the months ahead.

One immediate question is to what extent the new board members will disrupt the management’s plans. As Property Week went to press, URW announced that Cuvillier would be stepping down at the start of the new year.

He will be replaced by Jean-Marie Tritant, who will take over as group chief executive and management-board chairman.

Bressler, who is now chairman of the Supervisory Board of URW, said: “A transition phase is beginning for URW. I am delighted that Christophe Cuvillier has agreed to lead it for the Group. His long experience as CEO, particularly during the ongoing health and economic crisis, will be very valuable. I am convinced that Jean-Marie will lead the company with great success.”

As for URW’s wider strategy, analysts agree that now its capital-raising route has been blocked, its €4bn asset disposal programme by year-end 2021 will be more important. URW has said it plans outright sales of non-strategic assets across all asset classes. It received a major boost last week after entering an agreement with a consortium of French institutional investors to sell a Paris office building fully let to Nestlé for €620m.

However, some observers predict difficulties in the path to disposal.

“The liquidity challenges facing retail in the UK are not that different to other markets that URW is in, such as continental Europe, North America or Australia,” says Colm Lauder, real estate analyst at Goodbody. “Transactional activity is low and appetite is low, so URW will be facing an uphill struggle in terms of selling large-scale shopping centres.”

In a research note, analysts at Jefferies added that while the consortium’s plan to sell some of the US mall business might come to fruition, “finding buyers may take some time”. They concluded: “URW will continue to implement other parts of the RESET plan, notably accelerated disposals to de-gear and reduction of cash dividend.”

It is not only asset-selling conditions but trading conditions that threaten URW’s future. In the first nine months of the year, like-for-like net rental income slumped by more than 15%. And while collection rates improved from 52% in Q2 to 79% in Q3, Cuvillier warned that the renewed lockdowns have added fresh uncertainty.

Despite the mammoth task ahead of it, there is hope on the horizon: shares in the company rocketed 50% last week after Pfizer and BioNTech said its vaccine was more than 90% effective against Covid-19.

A cure to the virus would no doubt give URW a much-needed recovery in day-to-day trading. But with activist investors now inside the camp and its capital-raising efforts quashed, the group’s long-term health will depend on much more than just a vaccine.