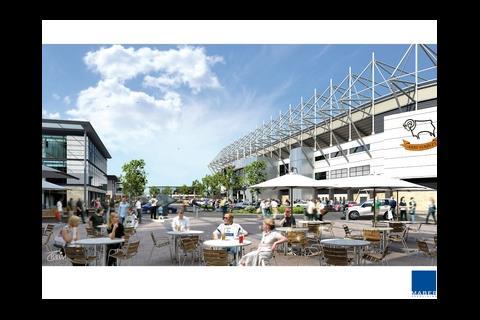 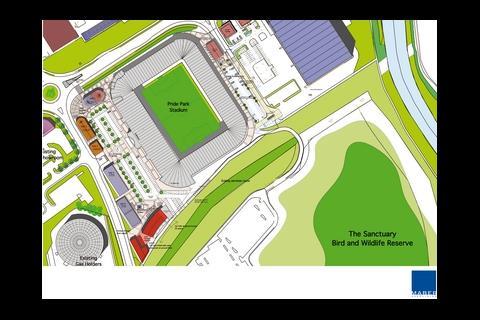 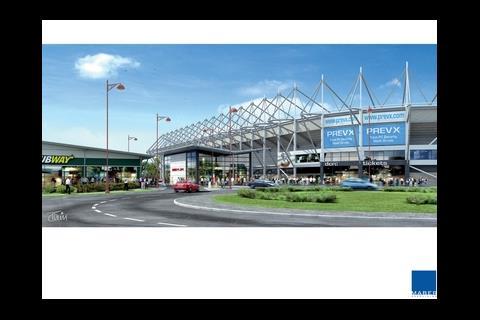 Derby County Football Club has unveiled plans for a £20m development at its Pride Park Stadium.

The masterplan for the Pride ‘Plaza’ scheme on the west and east sides of the stadium includes a 165-bed hotel, bars, restaurants and office space.

Two new squares in what is currently the stadium’s west car park will be named after former footballers Steve Bloomer and Brian Clough. The masterplan will now be formally submitted to Derby City Council.

Chairman Peter Gadsby, the director who oversaw the original stadium development, said: ‘In the past 10 years Pride Park Stadium has been a big economic driver for Derby, but while the area itself has become the city’s main business location, other stadiums have now been built that combine with traditional football facilities new commercial outlets for those clubs and their fans.’

The Pride Plaza masterplan will be delivered in two phases, first on the west side of the stadium and then on the east side.