Drum Property Group is close to selling an Aberdeen office for £40m in a deal that would eclipse the total investment in the city’s office market for the whole of 2016, Property Week can reveal. 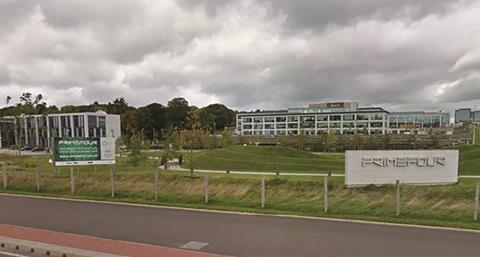 The Prime Four deal will eclipse all those made in the Aberdeen office market in 2016 - Source: Google/Creative Commons

A North American institutional investor is closing in on a deal to buy the building in the Prime Four business park development, which is pre-let in its entirety to Lloyd’s Register on a 15-year lease.

Investment in the Aberdeen office market totalled less than £30m last year, the lowest recorded since 2008.

The downturn was fuelled by tumbling oil prices throughout 2015 and 2016, which meant businesses shied away from committing to the city. Available space, which had been in short supply, soared to more than 2m sq ft last year and the pre-lets that had driven the market to record investment levels in 2014 dried up.

The latest deal would represent a return to normality after 2016’s “over-correction”, according to one market source.

“There was a lot of nervousness around the market last year,” he said. “It was almost a perfect storm: a lack of decent stock, nervousness about the [local] market and the EU referendum.”

However, he added, he did not expect the deal at Prime Four to necessarily kickstart investment in the market. “It’s an occupier-driven market, [historically] driven by the major oil companies rather than investor-led activity,” he said.

Elsewhere in the city, Property Week understands that oil firm Total has scrapped plans for a 250,000 sq ft HQ at the Altens Industrial Estate.

Total had selected Kier Property to build its new HQ in 2014, but in November last year it was announced that the company would take space in engineering firm Subsea 7’s campus in Westhill. It is understood the letting means that Total will no longer pursue the Altens development.

FG Burnett, JLL and Ryden are acting for Drum Property Group, while Cushman & Wakefield is acting for the North American investor.