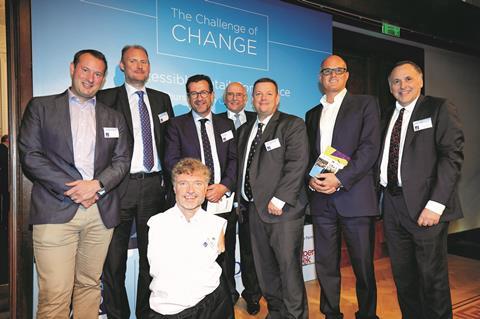 Wilf Walsh, the chief executive of Carpetright, talked about the CVA process and why it was needed. Walsh said the retailer, which had its own CVA approved by creditors in April, would remain a “market leader” even after it closed 81 trading stores.

Roger Cohen, a partner at Bryan Cave Leighton Paisner, gave a legal perspective on the issue of CVAs. He said it was important to differentiate between classes of unsecured creditors, which often had radically different interests and discussed the options for business owners if a CVA was not agreed.

More than 350 delegates attended the conference, for which Property Week was media partner. It was held at the Royal Institution of Great Britain on 11 October and was organised by Accessible Retail, the trade body that represents the retail warehouse and retail shopping park sector.

The competition between online and physical retail was also discussed at the conference. Stephen Springham, head of retail research at Knight Frank, pointed out that retailers’ internet sales were highest in areas where retailers had a strong physical presence and said he believed that online and physical stores would continue to converge with mutual benefits.

Mark Bourgeois, managing director, UK and Ireland, at Hammerson, spoke about the landlord’s strategy to sell £1.1bn of its UK retail parks and refocus the portfolio on flagship retail destinations and premium outlets. He said that strong venues continued to prosper, and stressed the importance of providing an engaging experience for customers.