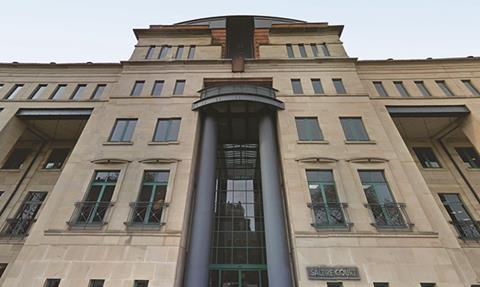 Saltire Court is ‘one of the best’ offices in Edinburgh - Source: Google

But despite strong interest from investors, including Columbia Threadneedle Investments and AEW Europe, the highest bids came in at around the £65m mark, market sources said.

The prospect of re-letting the vacant space in the office also influenced the decision not to proceed with a sale. Since September, strong interest has emerged in the 30,000 sq ft of space remaining in the building across two floors, which have a quoting rent of £26.50/sq ft, sources said.

Last week, JLL said office take-up in Edinburgh this year was on course to defy some of the gloomier predictions made following the EU referendum. In total, 134,462 sq ft of office space was let across 44 deals in the third quarter - only marginally down on the previous quarter.

The earlier decision by ADIA to put Saltire Court on sale was unexpected because the sovereign wealth fund rarely ever sells assets. However, it came at a time of falling oil prices, which has put pressure on the finances of the capital of the United Arab Emirates.

It is considered one of the best offices in Edinburgh and is well located at the base of Castle Rock, giving it uninterrupted views of Edinburgh Castle. C&W declined to comment.