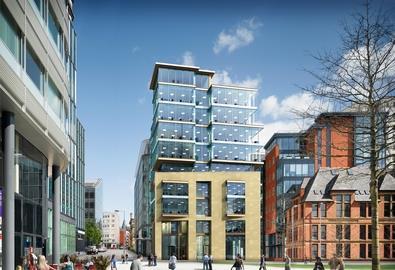 Hardman Estates, a subsidiary of The Ventnor Group of Companies, is developing the 50,000 sq ft 10-storey scheme which will complete in September 2009.

The bank will take the ground floor and floors seven to nine on a 15-year term.

The rent has not been agreed.

‘This is a great start for Vantage Point. Every new scheme seeks an occupier before completion, but to secure an occupier of Allied Irish Bank’s calibre so early underlines the quality of the scheme and its location,’ said Chris Mulcahy, partner at King Sturge, which is letting agent on the building.

CB Richard Ellis has been appointed alongside King Sturge to let the remainder of the building.