Airport expansion: Ministers mull plan to boost capacity at both Heathrow and Gatwick

The government could be set to spring a surprise by giving the green light to plans for the expansion of both Gatwick and Heathrow when it announces its decision on airport capacity in the coming weeks. 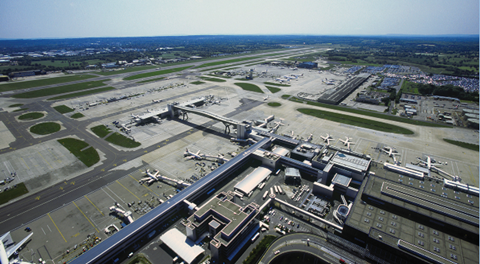 Property Week understands ministers are considering a ‘hybrid’ option for increased airport capacity in the South East after months of grappling with a choice between the two airports.

The plan was not initially under consideration, but has gained favour since Theresa May became prime minister. If chosen, it would go against the advice of the Airports Commission, which last year recommended a new runway at Heathrow.

An aviation lawyer with close connections to Whitehall said May’s team were weighing up a “Gatwick first, Heathrow second” plan against proposals for a new runway at Heathrow.

The hybrid plan would mean work could begin almost immediately on a new runway at Gatwick after a local authority restriction lifts in 2019, alongside the extension of Heathrow’s northern runway - an option considered but rejected by the Airport Commission.

Speculation is also mounting that the government could back a shorter runway at Heathrow to complement an expanded Gatiwck.

A Whitehall source told Property Week that expanding both airports was “politically the easiest” option and would “send a good message” about the government’s commitment to improving infrastructure.

Gatwick is seen as the ‘cleaner’ option by government decision makers, according to another well-placed source, but ministers also recognise the need for greater capacity at Heathrow.

It is understood that May could announce a final decision as early as next Tuesday, and that it will be debated in parliament later this month.

In a further sign that the government could expand both sites, Property Week understands that ministers have recently met with investors in both airports to discuss expansion plans.

The government has been sounding out Conservative MPs on their preferred option, and is considering giving them a free vote on the proposal it puts forward - meaning it would not pressure MPs to vote one way or another.

“The hybrid option is undoubtedly the right option for the UK,” said Stephen Hammond, Conservative MP for Wimbledon. “If the hybrid option went to a free vote it would have a very good chance of winning. I would vote for that option, whereas I wouldn’t vote for Heathrow by itself.”

Martha Grekos, head of planning at Howard Kennedy, said the speculation that the government was considering expanding both airports was “extremely positive”.