The Airports Commission led by Sir Howard Davies has backed building a new runway at Heathrow over plans to extend an existing one or build a second runway at Gatwick. 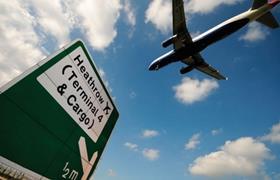 Its report, which was commissioned by government in 2012, concludes that the £17bn plan for a new northwest runway at Heathrow was the “clear and unanimous” choice and would bring significant economic benefits to the UK. However, it also said the project would need to meet strict requirements on noise and air pollution.

This plan would provide 250,000 more flights from Heathrow a year and boost GDP by £150bn, but would also mean demolishing 783 homes in the surrounding area. This plan would affect the constituencies of Conservative cabinet ministers, including Theresa May, Phillip Hammond, Greg Hands, Justine Greening and Theresa Villiers.

The government is not bound by the report’s findings, and Downing Street said it would not be making a “snap judgment” on the expansion . A formal response to the report is expected in the autumn.

Miles Gibson, head of UK research at CBRE, said: “This announcement represents excellent news for both the local and metropolitan commerciaproperty markets, with particular potential for retail, offices, logistics facilities and hotels to benefit.

“The Thames Valley will be a big beneficiary, and we eagerly await to hear how the government plans to take this recommendation forward.”

Gerry Hughes, senior director and national head of planning, development and regeneration at Bilfinger GVA, also endorsed the Airports Commission’s proposal, and said that it “safeguards the economic powerhouse that is the M4 Corridor- one of the most significant concentrations of knowledge- led businesses in the world.”

David Sleath, chief executive of Segro, said: “The government needs to bring an end to indecision and back Sir Howard’s recommendation and let Heathrow get on with building the new runway as quickly as possible.”

Melanie Leech, chief executive of the British Property Foundation, also encouraged a quick decision. “We live in a competitive and fast-moving world, where speed of decision-making provides countries with a competitive-edge,” she said.

“The government must now decide quickly to proceed with Heathrow, or provide a realistic alternative. The country can’t afford procrastination on this vital element of our infrastructure.”

Jody Smith at specialist Heathrow agency Smith Young Real Estate said: “The news that the airport commissions has recommended Heathrow expansions plans is vital for the continued growth of west London’s economy. This will mean the cargo hub can grow in line with its other European competitors and will have a knock on effect for industrial demand in the general area. Common sense has prevailed, fantastic news.”