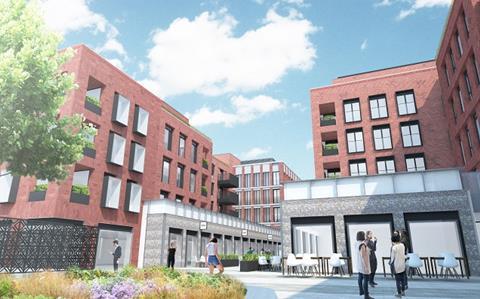 The mixed-use scheme, known as the Civic Centre, will comprise of 86 apartments, 20,000 sq ft of retail and a new office building alongside new public open space and pedestrian links. The scheme is funded by the Palmer Capital Development Fund III, one of Palmer Capital’s joint venture vehicles with CBRE Global Investment Partners (GIP).

It will be developed in a regeneration area bounded by Bricket Road, Victoria Street and the Alban Arena in the centre of the former Roman city of Verulamium. The site has gone undeveloped for 20 years and has been through a number of planning applications and ownerships during that period. Approval for site development has been difficult to obtain as it forms part of a conservation area.

Acting for PCDFIII, Angle has arranged the sale of part of their ownership to St Albans Council, which has recently acquired the other parcels of the wider site from the police and NHS. The council, as owner and developer, will be taking forward and delivering the main part of the project. Angle Property & PCDFIII will retain ownership of Hertfordshire House, a former office block, and will continue with its plans to complete the masterplan “jigsaw” of the area through undertaking a residential conversion.

Executive director of Angle, Tony Williamson, said: “Angle is delighted to have achieved the masterplan planning consent for the Civic Centre Opportunity Site which was so well supported locally.

“It has been a very complicated process but working with the council, the police and the NHS, the jigsaw has come together to enable a comprehensive regeneration project to proceed.We wish the council well as they embark on this complex project.”