Ask Developments looks to Infinity to go beyond 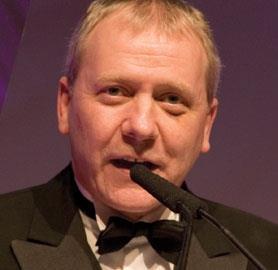 Manchester-based Ask Developments is in talks to sell a large stake to Infinity Asset Management.

The company, run by Ken Knott, is discussing options, one of which is understood to be a sale of a 50%-plus stake to the fund manager.

A joint statement said: ‘Ask Developments and Infinity Asset Management confirm that both parties are exploring options under which Infinity may invest in Ask Developments.

‘Talks are at a preliminary stage and there is no guarantee that a stake in Ask will be taken, but Infinity believes Ask boasts both an outstanding management team and an exciting portfolio of development projects and sites.’

He joined Infinity on 1 January 2008 to manage its £100m property fund set up to target commercial and residential properties in the downturn valued at between £5m and £25m.

Infinity was launched in January 2007 as a £25m private equity fund to invest in companies that were not performing at their optimum but have growth potential.

The company says it is different from other investment funds in that it takes an active role in the management of the companies it invests in.

They had previously worked together at accountancy firm Levy Gee.

The deal would involve investment from both the private equity and property funds.

Ask is exposed to the economic decline because it has a large development pipeline, including its £800m First Street office scheme in Manchester, which is not yielding a large amount of income.

Ask’s portfolio comprises around 20 different project that are set to develop 8m sq ft of floorspace.

Among its projects are the mixed-use redevelopment of Lancashire County Cricket Club’s Old Trafford ground, the Boddington brewery site in Manchester, Greengate in Salford and Church Wharf in Bolton.

Morgan Stanley Real Estate, which declined to comment, bought a 25% stake in Ask in 2006 and last year it injected £20m into it.