Attlee takes the reins at Empiric 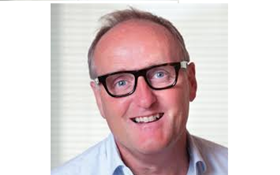 Hadaway was axed as a director of the board following the conclusion of the group’s business review last month and a 27% slump in the group’s shares.

Mark Pain, non-executive chairman, said: “I am delighted that Tim has agreed to lead Empiric as chief executive officer on the next stage of the group’s journey.

“His experience and deep knowledge of the company and our sector has helped us deliver a more effective operating platform and a more robust and profitable business. Whilst much has been accomplished, there remains more to be done as we continue to transform the business and drive increased long term shareholder value.”

Since last December Empiric has restructured its finance team, with eight out of 12 department staff being replaced, including the recruitment of a new financial controller.

Book your place to join the debate at Student Accommodation 2018