Bank of Scotland in talks to buy Kenmore stake 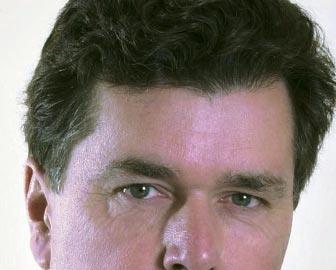 Pair negotiate for bank to take 40% stake in property company

Bank of Scotland Corporate is to buy a large stake in Scottish property company Kenmore.

It is thought Bank of Scotland, which is in talks to buy around a 40% stake in Kenmore, is keen to invest to boost Kenmore’s profile and expand its business.

Kenmore has been exploring ways of raising equity following the collapse last year of talks to sell the entire company to Mirvac.

It is thought that the stake could cost around £35m.

A spokeswoman told Property Week: ‘It has been the long-term ambition of Kenmore to develop its business into a substantial international fund management company. We have held informal discussions with third parties to explore avenues that would support our drive to achieve that.

Kenmore has been on the hunt for a partner since May 2007, when it entered into talks with Mirvac.

It has £1.7bn of assets under management and is keen to expand further, in the UK and overseas.

Bank of Scotland is a likely partner for Kenmore, which is Scotland’s largest privately-owned property company, as it already provides debt finance and works with it as joint venture partner on several schemes.

The duo launched Kenmore Capital in the UK last year with £700m approved to spend. Most of Kenmore’s portfolio in France – around 3m sq ft – was also bought in partnership with the bank. The same applies in Germany, where it is developing €300m (£241m) of property on top of the €175m (£141m) it has under management.

Kenmore also owns and manages property in the Middle East, where it is working on Jumeirah Village, a 1m sq ft residential development in Dubai, with a local developer.

Bank of Scotland’s corporate arm has been on the acquisitions trail over the last year. In June 2007 it bought a 50% stake in Kilmartin Property Group.

Last week it paid £27.5m for a 40% stake in Scottish residential developer Tulloch Homes Group, and has also bought an undisclosed stake, described as a ‘significant minority holding’, in Miller Group.

Bank of Scotland Corporate declined to comment on the discussions with Kenmore.