Battersea developer holds on to flats amid prime resi slump

The developer of Battersea Power Station is holding back nearly a third of the apartments in phase three of the scheme, as a downturn in the prime London residential market hits sales. 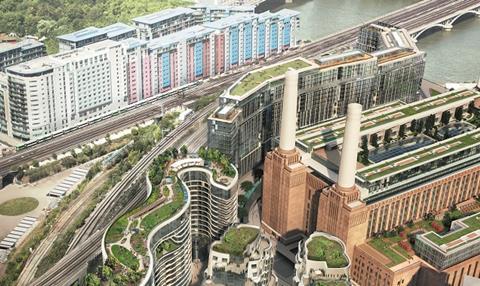 The Battersea Power Station Development Company (BPSDC) launched the first part of the Foster + Partners and Frank Gehry-designed third phase in October 2014, but 18 months on the developer has only sold 350 of the 539 flats.

Speaking to Property Week, BPSDC chief executive Rob Tincknell said that 35 apartments from the initial tranche were currently on the market, and around 150 were being held back.

The sales figures are in stark contrast to the first phase of the scheme, which launched in early 2013 and all 865 apartments sold in just a few weeks.

“If there is market demand, we will release more units, but the market has softened,” said Tincknell.

Tincknell said there were also “around 20” luxury apartments in phase two of the scheme, which involves the redevelopment of the power station itself, that have not been sold.

The 254 apartments in phase two were launched two years ago.

The sluggish sales in the £8bn Battersea scheme are a further sign of the slump that has hit London’s prime residential market.

Last month, British Land admitted it was struggling to sell luxury flats – and that its Hempel scheme in Bayswater had been particularly badly hit by the slowdown.

That followed an admission by Capco earlier in the year that sales on its Lillie Square scheme in west London had all but ground to a halt.

A pipeline of around 20,000 apartments is planned for the wider Nine Elms area, with 4,000 proposed for the Battersea Power Station site.

Analysts have claimed an oversupply of flats could see prime resi prices fall by 20% or more.

Tincknell said discounts were being offered to buyers to drive sales through, but the developer would not consider heavily discounted bulk sales to institutional investors, as other London developers were now doing.

“The market is quite challenging – there are fewer buyers around,” he said.

“That doesn’t mean we have stopped – we are still selling apartments, but we’re not chasing the marker and we’re not worried.”