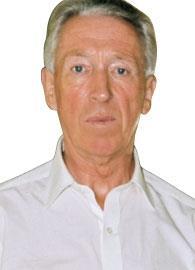 Well-known entrepreneur Peter Beckwith is the latest experienced investor to return to the market, buying a distribution warehouse let to Morrisons in Northampton.

Beckwith’s private property company, PMB Holdings, and the John Lyons Charity – an educational charity that is part of Harrow School in Middlesex, of which Beckwith is an alumnus and which he supports through donations – have bought the former Booker distribution building in Swan Valley, Northampton, for £21.5m.

UK Logistics Fund, a joint venture between Hermes and Legal & General, sold the 349,464 sq ft building, which is now let to Morrisons at an initial yield of 8.2%.

Beckwith has a reputation as a canny investor. He and his brother John sold developer and investor London & Edinburgh Trust for £491m in 1990 to Sweden’s largest insurer, SPP, just before the market crashed.

The building is let to Morrisons for a further 14 and a half years.

The property industry is also watching other property veterans, who have shown interest recently in buying sheds that are let to supermarkets. Joey Esfandi’s Dwyer last week completed a deal to buy a Sainsbury’s shed in Emersons Green near Bristol from Prupim for £26.5m at a yield of 8.2%.

Simon Milner, co-founder of M3, which advised UK Logistics fund, said that, if the interest in sheds let to supermarkets remained high, it could even push the sub-sector’s yields down.

He said: ‘The investment product that is moving is well-located buildings let to AAA covenants on 15-year leases.

‘It wouldn’t surprise me to see yields in at 7.5% for prime sheds by the summer.

‘And why not? This is about their long-term historic value and the market sees this stock as cheap and fundable at 8%-plus.’ Phillips Roth & Co acted for PMB; Cluttons advised John Lyons.

Supermarkets offer a secure income and the food sector remains strong for the medium term.

Land Securities is in talks to sell a supermarket let to Asda in Great Barr, Birmingham, to ING Real Estate for a yield of 6%, while Invista Real Estate Investment Management has instructed CB Richard Ellis to sell a Waitrose store in Tunbridge Wells for £15m.