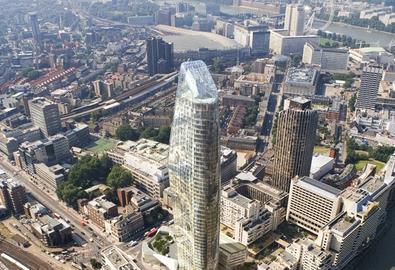 Secretary of State Hazel Blears has called in plans for the Beetham Tower’s £600m tower in Southwark on the south side of Blackfriars Bridge in London.

Blears sent a call-in letter to Southwark Council last week and questioned if the location at One Blackfriars Road was ‘appropriate’ for a tall building and met sustainability guidelines.

She has also raised several other areas of concern including whether the design met guidance from English Heritage and the Commission of Architecture for the Built Environment (CABE) and whether affordable housing regulations had been fulfilled.

Blears also asked Southwark Council whether the scheme was in accordance with the Southwark Unitary Development Plan as well as the wider London Plan.

The Liverpool-based developer gained consent for the Ian Simpson-designed scheme in December last year after agreeing to a 10m reduction of 69-storey building to 52-storeys following modifications proposed by English Heritage.

Both CABE and English Partnership have both publicly backed the scheme.

A call-in could delay the development of the scheme.

Hugh Frost, chairman at the Beetham Organization, said: ‘We were surprised and disappointed, particularly as we had complied with all guidelines and worked with the government agencies to satisfy their requirements. We believe Southwark's decision will be upheld by the public inquiry.’