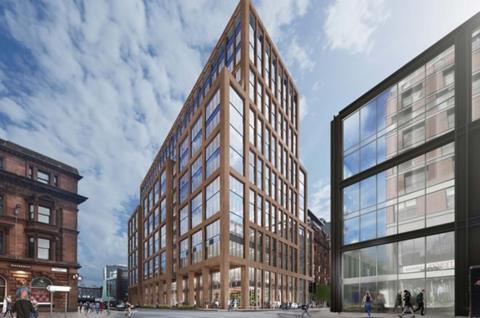 The figure was, however, 3% above the 10-year average and fell just below 2016, a year of similar political uncertainty, according to Avison Young’s new The Big Nine report on regional offices.

The largest deal of the year in the regional cities was led by JP Morgan Chase’s agreement to take 272,800 sq ft in Glasgow. BT Group also took 200,000 sq ft at 1 Assembly in Bristol during Q4 as it works on its 13 hub relocations.

The flexible office sector saw a strong year and made up 14% in take-up in the year.

“It was a record year of activity in the flexible workspace sector, accounting for 14% of take-up and the third year of strong demand in succession,” said Charles Toogood, principal and managing director, national offices team at Avison Young