Birchgrove, back by Bridges Fund Management, has acquired a retirement development site in Woking with detailed planning permission for an assisted living scheme with a GDV of £34m, Property Week can reveal. 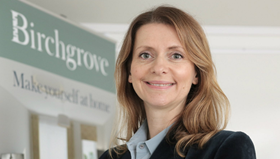 Situated on Holly Bank Road in the village of Hook Heath near Woking, the 1.49 acre site has consent for an assisted living development consisting of 51 apartments, communal facilities including a café, lounge, hair dressers and outdoor space . The total gross internal area of the scheme is more than 53,000 sq ft.

The site is Birchgrove’s third rental retirement scheme in the UK. The first site acquired by the company in Sidcup is now under construction and the second, a 3.8 acre site in Ewell Village, Surrey was acquired last month after agreeing a £4.25m loan with Canada Life UK.

Alongside the latest acquisition, Birchgrove unveiled plans to acquire a further six to eight rental retirement schemes across the south east of England, creating rental homes for approximately 1,400 retirees in the next few years.

Honor Barratt, managing director of Birchgrove, said the company was immediately targeting site number four as interest in “the UK later living market is at an unprecedented level”.

Knight Frank acted on behalf of Birchgrove. Tom Scaife, head of retirement living at Knight Frank, said: “Bridges Fund Management retirement rental platform Birchgrov, rolls on with this key acquisition, being one of an increasing number of rental platforms in the UK retirement living market. 2018 has seen more appetite from investors moving across alternative investment sectors taking advantage of the enormous underlying demographic factors weighing in the favour of investing in older people and healthcare.”

Knight Frank’s recent retirement living report revealed that that the private retirement market is estimated to reach a value of £44bn by 2022, reflecting a 50% increase on current investment levels.