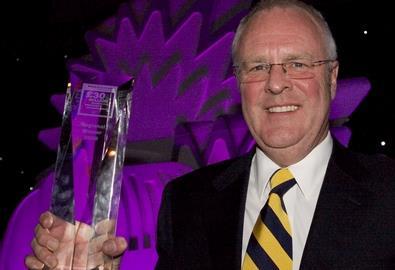 Birmingham based developer Stoford Group has been announced as the winner for the Midlands and East Anglia regional final of the Bank of Scotland Corporate £30m Search for property entrepreneurs.

The company, which develops and invests in commercial and mixed-use developments has secured a funding package of up to £10m, interest free for three years.

The funds will be employed within a £75m flagship office and mixed-use regeneration project at All Saints in West Bromwich.

Chris Lea, Chairman of Stoford Group said: ‘We are delighted to have won as we recognised from the short list that we were up against formidable competition and would have to be at the top of our game.

‘We were fully prepared about what we had to say to the judges and confident that we had put forward a scheme worthy of investment.

‘The £10m funding package will bring one of the Midlands’ biggest regeneration projects to fruition and help create over 1,000 jobs.

‘Having already secured a pre-let to BT, the All Saints development will transform the skyline of West Bromwich and create an exciting new business quarter for the Town Centre. It really is a tremendous boost to the area and to Stoford.’

He added: ‘In our first ten years, we have evolved from a small office to a prime headquarters in Birmingham city centre with more than 20 highly skilled staff – and it is the excellence of our people that has enabled us to become one of the Midlands’ leading commercial property developers.

‘We have now completed more than £550m worth of projects that have helped regenerate 5m sq ft of the Midlands and this interest-free funding will ensure that we can continue to grow and to be a prime mover in regenerating disadvantaged areas.’

Stoford Group now goes through to the national final in December where they will compete against the winners from two other territories across the UK for the chance to be named 'Property Entrepreneur of the Year' and the opportunity to benefit from four days mentoring from Nick Leslau, one of Britain's most successful property entrepreneurs.

Stoford Group was chosen as the winner after Chris Lea and his senior team presented their business case to a judging panel featuring two well known and successful property entrepreneurs, Kevin McCabe, Chairman of Scarborough Property group and John Cutts, Chairman and founder of Parkridge Holdings.

They were joined on the panel by senior representatives from Bank of Scotland Corporate.

The judging was followed by dinner and an award ceremony at Stoneleigh Abbey in Kenilworth.