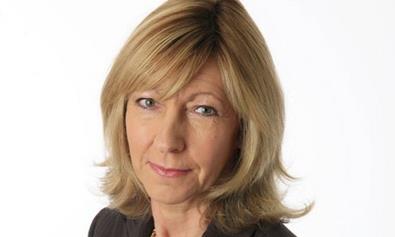 Mayor of London, Boris Johnson today set he would set up a ‘forensic audit panel’ to investigate the financial management and controls at the London Development Agency and the Greater London Authority.

The audit panel will be headed by Shaftesbury non-executive director and former editor of The Sunday Telegraph Patience Wheatcroft.

Wheatcroft, who was also previously news editor at Property Week forebear Estates Times, will be joined on the panel by:

• Andrew Gordon, head of investigations within the Forensic Services group of PricewaterhouseCoopers, who will act as Independent Expert Advisor to the Panel.

Mismanagement allegations
Within the LDA review the panel it will review allegations of mismanagement and corruption in the awarding of grants; examine how conflicts of interest are detected and recorded; and monitor grant recipients' performance in delivering what they promised.

The review of the GLA will focus on: publicity and advertising expenditure; the use of external consultants and agency staff; all areas where expenditure has grown since 2004.

The Panel’s review of the GLA will also suggest areas where savings can be made without compromising performance. It will present initial findings and a progress report to the Mayor within 30 days and a final report within 60 days.

Johnson said: ‘I was elected on a promise to provide Londoners with better value for money from their taxes. Patience Wheatcroft will be fearless and dogged in pursuit of the truth about recent practices at the LDA. My administration has much to learn from Eddie Lister and Stephen Greenhalgh's experience of delivering value for money to London taxpayers and will benefit greatly from the financial acumen of Patrick Frederick.’

Wheatcroft said: ‘It is crucial to understand how public money has been wasted or misspent in the past so that we can make sure that it doesn't happen again. I am honoured to serve the new Mayor on this important initiative and am delighted that our Panel will be able to call on the expertise of Andrew Gordon, one of the country's leading forensic accountants. We will leave no stone unturned in our efforts to ensure that the LDA and GLA deliver value for money to the taxpayers of London.’

Reilly and Lewis asked to step down
The move follows Johnson’s appointment of Harvey McGrath and Peter Rogers to act as interim chair and chief executive of the LDA respectively after asking incumbents Mary Reilly and Manny Lewis to step down.