Boris Johnson is drawing up plans for fixed targets of around 25% for affordable homes on major sites in London in a move aimed at speeding up development in the capital, Property Week can reveal. 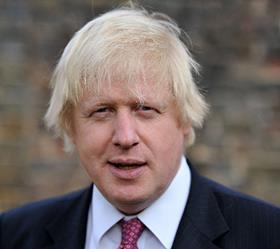 However, the move is likely to spark a major political row, with senior Labour figures in London already describing the target as “catastrophic” and “scandalous”.

The proposal, which was first floated in draft interim supplementary planning guidance published in May, is aimed at ending the wrangling between councils and developers over the level of affordable housing in major schemes and would remove the need for developers to prepare viability assessments.

A source at the mayor’s office confirmed a target of around 25% was being considered, which is well below the 35% to 50% targets for affordable homes adopted by London boroughs. However, the mayor’s office hopes councils will back the proposal as affordable housing contributions on major schemes consistently fall well short of their own stated targets - and are often below 25%.

Pascal Levine, a partner at consultant DS2, said the proposal would involve some risk for developers, as currently on many major schemes, particularly on more difficult sites, affordable housing levels greater than 10%-15% could make a scheme unviable. However, he added, if a fixed target allowed developers to sidestep the viability process and avoid months or even years of negotiations - and stopped each stage of the scheme from being subject to planning review - the proposal would be attractive.

“They would take on some additional development risk, but the kickback would be that they can get started much more quickly,” he said. “Viability is one of the main things that delays schemes in London.”

Andrew Whitaker, planning director at the Home Builders Federation, said fixed targets would provide greater certainty for developers. “The current requirements are flawed and have led to some sites not coming forward,” he said. “A pre-set level of provision has the potential to cut the time and cost taken to negotiate the system.”

However, Labour’s London Assembly housing spokesman, Tom Copley, described the proposed target as “scandalously low”. “Not only would it stack the deck in developers’ favour, it would let them off the hook from their duty to provide the optimum number of affordable homes,” he added.