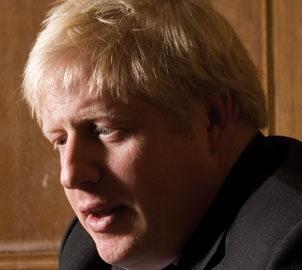 Mayor of London Boris Johnson has announced a consultation on draft proposals which would allow money from developers to be used towards Crossrail's £300m costs.

A consultation with the London Assembly and the GLA bodies today revealed plans to seek financial contributions from office developments over 5,000 sq foot in the Central Activity Zone (CAZ) and the northern Isle of Dogs.

The change to the financing of the London Plan would see Johnson make use of ‘Section 106’ planning agreements until 2026 but they would be reviewed when the required sum is raised.

When the funding arrangements for Crossrail were announced in October 2007 it was agreed that the government, former Mayor Ken Livingstone and London businesses would each contribute a third of the expected cost.

But the Mayor has now indicated he would like to secure contributions from developers, both through use of planning and would consider a Community Infrastructure Levy.

Boris Johnson said: ‘Crossrail is vital to London’s continued competitiveness. I am committed to doing all I can to ensure it is delivered on time and on budget and these proposals are an important part of the funding package needed to ensure that this important project is finally delivered.

‘I recognise we are going through difficult economic times, but once we are through them the arrival of Crossrail will bring huge benefits to those businesses who have contributed.’

Once the Assembly and functional bodies have been consulted on the London Plan alteration, there will be a further period of public consultation and then an examination in public. It is likely that the alteration will be formally published by the spring of 2010.