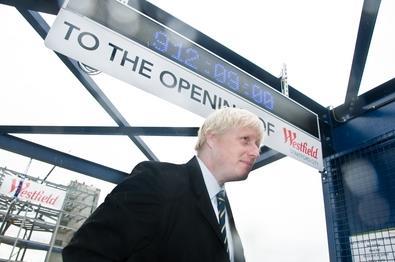 Johnson said: ‘Westfield's Stratford City project is setting the pace for the transformation of east London. It is one of the most important legacies of the 2012 Olympics.

'It will create 18,000 jobs and, as a result of Westfield's investment, have some of the most modern additions to London's public transport infrastructure.’

Michael Gutman, Westfield's managing director of UK and Europe, said: ‘Our two retail schemes in the capital - Westfield London in W12, which will open on 30 October and Stratford City in E15 - will have a significant regenerative impact on London, creating 25,000 new jobs when completed.’

Westfield is also planning, as part of the large retail scheme, a 50,000 sq ft space set aside at for small businesses where subsidised rents will be available over five years for incubator units.