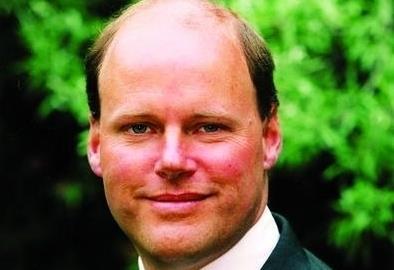 British Land suffered a 3% drop in second-quarter net asset value, with its Meadowhall shopping centre being written down by £79m.

The second quarter drop wiped out a rise in the first quarter and left British Land’s NAV unchanged over the first half of the year at 1682p a share. This compares with a 2.5% rise achieved by big rival Land Securities in the same six months to 30 September.

‘In terms of NAV it seems that we have been running hard to stand still,’ said chief executive Stephen Hester. ‘The combination of interest rate rises and more recent debt market turmoil left real estate pricing vulnerable to the correction now underway.

‘While we could not predict the debt market problems, we consistently highlighted the changing interest rate/yield relationship and tried to position our strategy in that light.’

British Land’s second quarter included three of the worst months for property since the 1990s’ recession. Its portfolio dropped by 1.9% in value to £15.9m.

Over the half year the drop was 0.5%. Like-for-like rental growth of 4.2%, which compared with the Investment Property Databank Benchmark of 2.4%, was more than offset by a rise in yields of 21 basis points.

In the second quarter the retail properties fell by 3.4% to £9.4bn, while London offices were up 0.6%. The worst performer was Meadowhall, near Sheffield, which dropped by 4.8% to £1.575bn, reflecting an equivalent yield of 4.87%. The drop follows British Land’s failure to sell a 75% stake.

The Regent’s Place estate near Euston station rose by 7% to £696m, reflecting an equivalent yield of 5.08%.

On the revenue side British Land’s underlying pretax profits were up 18% to £67m in the second quarter and up 10% to £143m over the half year.

‘We entered the property market correction with significant positives - a strong balance sheet, 100% fixed interest rates, and among the highest occupancy rates and lease lengths in our industry,’ said Hester. ‘Customer focus and our activist strategy are helping us outperform at the rental level and we firmly believe that an investment in British Land offers clear value.

‘However, more than one quarter is likely to be needed to complete the market correction which may well be uneven in timing and across participants.’