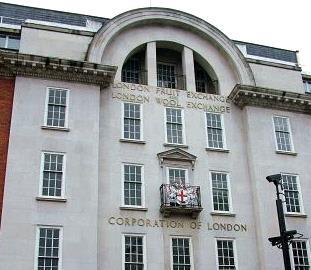 British Land is no longer in talks with the City Corporation to partner it on the redevelopment of the Fruit & Wool Exchange in the City of London.

The UK’s second largest REIT was selected in May this year as preferred developer of the 200,000 sq ft City of London site, south of London’s Spitalfields market ahead of two other shortlisted companies, Exemplar Properties and Terrace Hill.

The City-owned site is bounded by Brushfield Street, Commercial Street, White’s Row and Crispin Street. It can accommodate a 200,000 sq ft office and retail-led scheme, but requires a fairly complex development arrangement.

British Land said it had withdrawn from the negotiations due to the current climate.

Any development partner at the Fruit & Wool site will have to pay the City between £2m and £5m for the option to the site, secure planning permission, pay a further unspecified amount to the City for a long lease for the site and then finance the development.

There is also a clause specifying that the City must be given a share in the development profit.

The site has had a complicated history. It is owned by the City of London but is within the Tower Hamlets borough and therefore needs planning consent from the latter. It is also in a very sensitive historical area given its proximity to the Nicholas Hawksmoor-designed Christ Church.

One planning application has already been refused. In 2005, Tower Hamlets rejected a Foggo Associates-designed scheme, called New Exchange, to redevelop the site, which would have almost doubled the size of the existing 135,000 sq ft building.

There is also some way to go on securing vacant possession of the site, which is across the road from Allen & Overy’s 750,000 sq ft headquarters. A Barclays bank and a pub still also occupy part of the site.