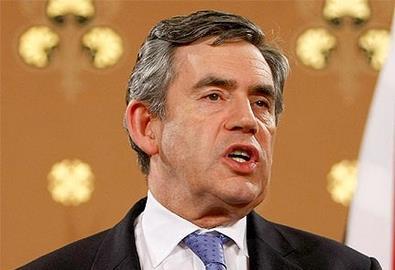 The prime minister also claimed that an independent Scotland could not have been able to cope with the Scottish banking crisis:

‘Let us remember that when Scottish banks collapsed the whole of the United Kingdom came together to stand by our banking system to prevent the banks from total collapse.

‘With an investment bigger than the Scottish administration’s entire budget and giving guarantees that no country the size of Scotland could ever have been able to give... they said we could base an independent Scottish economy simply on a financial services sector that could never be undermined. And now today we know that they were wrong, wrong, wrong.’

He also welcomed the result of a vote in the Scottish parliament yesterday, against a SNP bill proposing a referendum on independence.

‘I note that the Scottish parliament has decided not to have a Scottish referendum, because most of its members understand what the SNP do not: that the first priority for the people of Scotland is not separation but social justice,’ he said.

Responding to the prime minister’s speech, a spokesperson for first minister Alex Salmond said that the responsibility for the economic crisis lies in Westminster and attacked Brown’s budget cuts to the Scottish economy:

‘Gordon Brown’s speech shows that he is in complete denial about how wrong he has been for 12 years, and his own responsibility for the banking crisis. People are angry about what the banks were doing, and they are also angry about the inability of the man who has been Chancellor then Prime Minister for the past 12 years to accept any responsibility for the massive failures of government and regulation of the financial sector.

The spokesperson said that the popularity of the Labour government would further deteriorate as a result of the economic downturn.

‘Ludicrously, Gordon Brown pretends that the good times were all thanks to Labour, and the bad times are the fault of everyone else apart from Labour, but the people of Scotland see right through that – they know the truth.’

‘In the teeth of a recession, Gordon Brown is planning to slash Scotland’s budget by £500 million a year from 2010 – he is plotting deflation for Scotland – which would destroy over 8,000 Scottish jobs. Instead of this economic vandalism, Scotland needs the powers and responsibilities of independence so that we can escape Labour’s cuts and grow our economy.’