David Guest, property director at flexible workspace group BizSpace and founder of Bruntwood’s Liverpool office, has passed away at the age of 45. 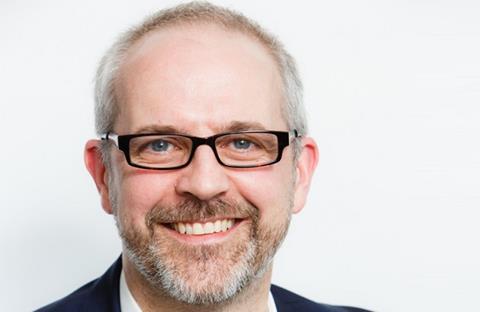 David Guest passed away this past weekend

Guest started his career as an office agent at Mason Owen in Liverpool before joining Bruntwood where he worked from 1997 to 2013, where he set up and led the Liverpool office.

He left in 2008 to set up his own business but was retained by Bruntwood as a consultant. He was subsequently hired by BizSpace as a property director in 2013 with a national remit to acquire sites for its office and industrial expansion.

Tributes have poured in from across the industry led by his former colleagues at Bruntwood and Bizspace.

Chris Oglesby, chief executive of Bruntwood, said: “He was one of the kindest and most genuine people who I have had the pleasure to work with. He was always driven by doing the right thing and cared passionately about customers, colleagues and the wider community. He will be sorely missed by us all.”

Speaking on behalf of the BizSpace board, chief executive Gareth Evans added: “David was foremost a friend as well as a colleague and was much loved by all. He was a well-established figure in the real estate industry and we were hugely lucky to have him as part of the BizSpace family.

“David had a deep passion for the property business and its people and we will all miss him very much. His enthusiasm, commitment, generosity of spirit and humour benefited all those who knew and worked with him and he was hugely respected both by colleagues and contemporaries throughout the industry. David will be remembered for his warmth and his lasting contribution to BizSpace, its culture and its people. He has left a great legacy and will be dearly missed. Our thoughts are with his family at this difficult time.”

Away from property, Guest advised the Liverpool Merseyside Theatres Trust, assisted Tate Liverpool as a development committee member, chaired the Liverpool Commercial District BID and acted as a board director at Sefton Chamber of Commerce. He also spent time providing graduates and alumni of the Liverpool John Moores University business mentoring, support and office space.

Evans added that Guest’s responsibilities will be picked up by “the rest of the Bizspace team” following his passing from a suspected heart attack over the weekend. He is survived by his wife and two children.