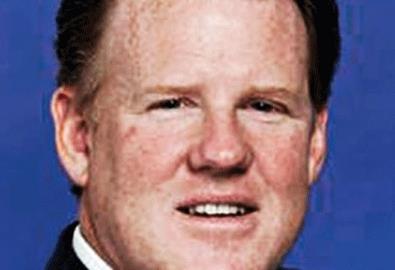 RREEF man back with a bang as driving force behind $1.5bn global opportunity fund

David Brush has made a surprise return to fund manager RREEF to spearhead a $1.5bn (£1bn) global opportunity fund.

The appointment marks a remarkable comeback for 48-year-old Brush, who retired from the Deutsche Bank real estate arm in February after 21 years, during which he helped turn it into one of the world’s foremost cross-border investors.

Brush, who had been working for RREEF as a part-time consultant, has been brought back on a full-time basis to reignite RREEF’s third opportunity fund, which was launched 18 months ago but shelved because of a lack of investor interest.

He will also work with regional fund managers on a day-to-day basis on asset management – helping them to steer the funds business through the downturn.

Brush’s return comes as cash-strapped institutional investors withdraw their money from property funds to rebalance their portfolios as the value of equities plummets. Many fear that the amount of new cash available for real estate investment will fall even further next year.

However, other fund managers are beginning to believe that property represents good value and are lining up opportunistic vehicles in preparation for the bottom of the market. Last month, ING Real Estate said some UK property is now ‘the bargain of the decade’.

The new RREEF fund will be looking to buy in London, New York, Tokyo and Paris.

Brush’s return comes as part of a wider reorganisation at RREEF, following the departure of Alistair Dixon, chief executive officer of real estate funds, in August. Pierre Cherki has become CEO of RREEF Europe and Chris Papachristophorou has been made CEO of the global opportunities investment group.

In 2000 he backed the buyouts of Bradford Property Trust and Allied London in the UK, and Spanish group Filo, when the dot.com boom had depressed property company share prices.

Brush helped develop RREEF’s opportunistic fund division after Deutsche switched from using its own capital for opportunistic deals and became a third-party fund manager in 2003. In 2005, he launched RREEF’s second opportunity fund with $1.5bn (£1bn) of spending power.