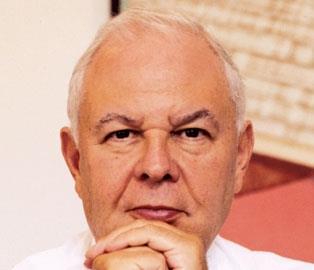 Developers must return to the 'village green' ethos to create successful offices in the future, according to Sir Stuart Lipton, speaking at Offices 08.

Lipton, who has been involved with developments such as Stockley Park and Broadgate, said that the 'Animal Farm' atmosphere of some offices was a real concern.

He said: 'We must stop thinking of offices as workhouses. We have to be holistic in what we can do and of course we can afford it. Grass is relatively cheap.'

He said that the best developments of the past, including recent examples such as Potsdamer Platz alongside Ancient Rome and the city of Bath, were all 'great public spaces, fun, with good quality of life.'

Building the schools, offices and libraries close together, he said, was key.

He accepted that the curent downturn could be a setback, although he expressed confidence in the major developers.

'It will take two years, it will be painful, and the reality is that rents will fall further,' he said.

He also reiterated his belief that the Thames Gateway project has some problems, and said the planning system needed simplifying.

'We stood at Excel a year ago and said, what's the vision, who is is charge, and where is the money.

'A year later, I don't think anything has changed.

'It needs a heart. Someone's got to make a decision and pick regional centres,' he said.