The Chancellor of the Exchequer has cut business rates for small companies in an attempt to support already struggling high streets amid coronavirus fears. 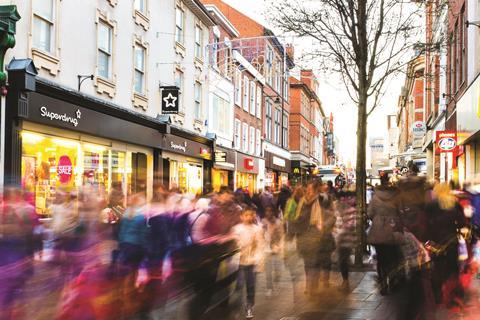 In this year’s budget, announced on Wednesday, Rishi Sunak cut all business rates for retail and leisure companies with a rateable value of £51,000, for a year.

Leaders in the real estate sector welcomed the cut, but expressed dismay that it does not extend to larger retailers and leisure companies.

“It is disappointing there was no business rates support in this budget for large business, even those occupying multiple lower value properties,” said Mike Flecknoe, a partner at Cushman & Wakefield.

“The Chancellor did announce that the promised fundamental review on business rates will take place but will not report until the autumn. It is a pity that he did not use this opportunity to scrap downwards transition to assist all those ratepayers paying artificially high rates.”

Speaking about the planned review of business rates in autumn Tim Beattie, head of UK rating at JLL said: “The government needs to ensure it doesn’t just repeat other recent consultations which have all led to small, iterative changes (the “sticking plaster” approach) rather than meaningful ones and to deliver them quickly.”

Other measures announced include a similar rate cut for pubs, who will see their previous business rate discount of £1,000 increased to £5,000 for the next 12 months.

A stamp duty surcharge of 2% for overseas buyers of UK property was also announced. It will come into effect in April 2021.

Around 22,000 civil servants will be moved out of London, which includes 750 staff from local government and business departments as well as the Treasury.

Finally, a £1bn building safety fund will be set up in the aftermath of the Grenfell Tower fire, to ensure all unsafe combustible cladding will be removed from buildings above 18m.

On the morning the budget was announced the Bank of England cut interest rates by 50 basis points to 0.25%, the biggest cut since the financial crisis. Outgoing governor Mark Carney said the cut would allow banks to shore-up businesses hit by the fallout from the disease, which is quickly spreading around the world.