Embattled restaurant chain Byron Hamburgers is set to launch a company voluntary agreement (CVA), under which it will review leases on 20 of its stores. 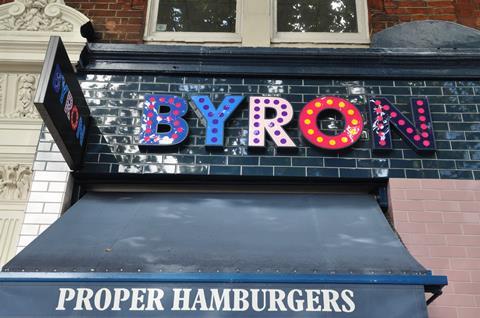 The agreement will require the approval of at least 75% of the company’s creditors, who are set to vote on the plans on 31 January.

Byron currently operates from 67 leasehold restaurants across the UK. It holds a further nine non-operational leasehold sites including its head office in London.

KPMG has been appointed to handle the CVA.

Will Wright, restructuring partner at KPMG and proposed supervisor of the CVA, said: “The CVA essentially divides this portfolio into three categories. For a total of 51 Category 1 sites, the leases will be retained at current rents. A further five Category 2 leases have been identified as being viable at a reduced rent, equivalent to two thirds.

“For the remaining 20 Category 3 sites, a reduced rent, equivalent to 55%, will be paid for six months, while the company engages with landlords to agree the basis of any continued trading from these premises.”

The business has struggled in recent months due to increased operating costs, and trade has fallen at some of its locations.

Last month, Byron agreed a restructuring deal under which Three Hills Capital Partners (THCP) would become its majority shareholder by acquiring part of the stake held by Hutton Collins, and FPP Asset Management would come on board as a new investor. However, this deal – which would bring with it a significant cash injection – will now only take place if the CVA is approved.

Wright added: “Over the last 10 years, Byron has grown to become a stand-out name within the UK’s casual dining sector. However, in recent times, certain parts of its portfolio have not met expectations, and with gathering economic headwinds starting to impact the sector more profoundly, the directors embarked upon a strategic review of the business as a means of safeguarding its long-term future.

“As with similar CVAs, this arrangement seeks to strike a balance which provides a fair compromise to landlords, while allowing the viable part of the business to move forward across a smaller, more profitable core estate. It’s important to stress that no restaurants will close on day one, and employees, suppliers and business rates will continue to be paid on time and in full.”