CABE and Design for London back Olympic Stadium design 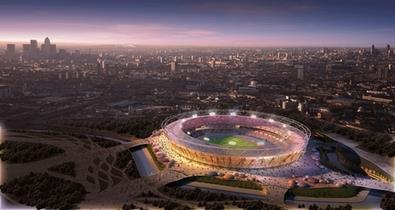 The Commmission for Architecture and the Built Environment and Design for London today backed the design of the stadium for the London 2012 Olympics.

The Government watchdog said the stadium, designed by architect HOK, was a ‘simple, elegant and efficient idea for a temporary Olympic stadium with a permanent facility that will become part of the Legacy Park long after the Games are over’.

It said the original proposal for a floating horizontal wrap had now been superseded by a ‘wall’ of vertical banners. CABE and Design for London said they want to ensure that this highly visible element of the Olympic venue is striking and backed the Olympic Delivery Authority’s plans to involve an artist in creating its design.

CABE and Design for London said there are still aspects of the design that remain unresolved at this stage including the proposed temporary ‘pods’ and public space areas around the stadium.

They said: ‘This raises serious questions about how and when these elements will be addressed, and by whom, since they are not the responsibility of the stadium design team. CABE and Design for London stress that the surrounding landscape must not detract from the stadium and visitors’ enjoyment of it. ‘

Paul Finch, chair of the London 2012 design review panel, said: ‘We think the idea is smart and appropriate and that the stadium will be a spectacular feature of the 2012 Games. As for our reservations, we have every confidence that these can be addressed by the ODA and LOCOG working together as a joint client with their skilled and experienced architects and designers.’