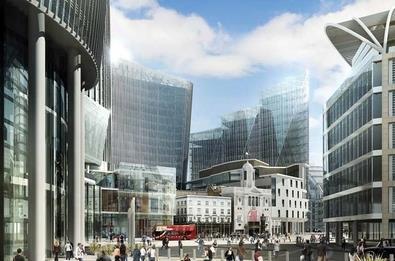 The government’s architecture watchdog said today it was unable to support Land Securities’ masterplan for the £2bn Victoria Transport interchange in Westminster.

The Commission for Architecture and the Built Environment (CABE) said: ‘There needs to be a major rethink of the principles of the masterplan, particularly the area in front of Victoria Station and the shape and form of the proposed buildings.’

It said the development failed to address key principles ‘essential to make a well designed place’ including: the bulk and arrangement of the buildings; the ‘legibility to find your way and have a sense of place’; and the hierarchy of streets and spaces.

It said the public deserved a ‘significant investment in a great public space at ground level, given the scale of the development and its importance to London.’

Cabe said while the project’s strength was an ‘enlightened client with single land ownership’ the ‘quantum of development proposed and its distribution over the site are problematic’.

Sufficient improvement cannot be secured by merely refining the detail of the existing proposal.

It said: ‘CABE understands that the ground conditions and the presence of underground structures makes this site more difficult than most, but it believes that the current plan needs to go further to make this a great gateway to London.

‘Sufficient improvement cannot be secured by merely refining the detail of the existing proposal.’

The criticism follows a planning meeting last week where Westminstercouncillors said Land Secs must cut the size of its buildings if it wants to develop the scheme which is located in and around Victoria station.

It said the aspiration to improve Victoria was very welcome and the project’s strengths included: ‘An enlightened client with single land ownership and the intention of Transport for London to replace the bus station with a series of bus stops on streets’.