Call Off Duty - the industry reacts

Property Week is calling on chancellor Philip Hammond to reverse damaging reforms to stamp duty land tax (SDLT) , and has backing from across the sector.

“I completely support Property Week’s stamp duty reform campaign “Call Off Duty”.  George Osborne’s dramatic increases in SDLT were introduced without industry consultation, without knowing Brexit was going to occur and without having a manifesto remit.

“The direct effect of these taxes on the volume of turnover, the social mobility and the removal of the benefits of PPR relief for anyone with a home worth more than £925k are plain for all to see.  The lack of transparency in the statistics coming from HMRC and Government over the real changes in the marketplace post the reforms are concerning, what are now the highest rate of property taxes in the world. 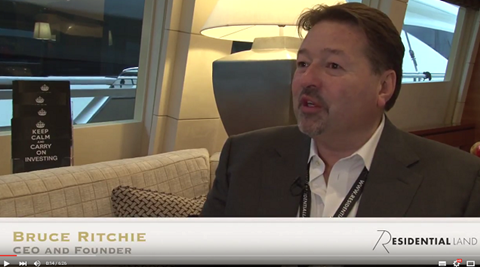 “The consequences of reduced sale volume and how this effects turnover in the economy are far greater than the increase in revenue being attributed between £925k and £3m.

“It is important that Property Weeks campaign expresses and exposes the unintended consequences of this wealth tax and the harm it brings.

“We will see no doubt next year, after 1st April, similar campaigns beginning over the £2,000 a year annual charge for anyone buying a car with a value of more than £40k that is not ultra-low emissions this will be branded a wealth tax though wrapped up in a green ribbon.”

“Government has to create the conditions for growth and give the industry certainty to invest. Stamp Duty has the opposite effect. It destroys the feel-good factor and means that fewer homes get built. Everyone knows the recent changes are not working and we welcome this campaign and a good debate about how to set it right.”

“We believe in scrapping SDLT for large investors who are looking to materially add to the supply of housing, so major schemes which will often deliver 100s of new homes on one site move from marginal to viable for long-term investment.  Improved viability also increases the amount of affordable housing that can be provided.

“This is especially true at the lower end of the market where the relative impact can be felt more. If the UK is serious about addressing the housing shortage, then a move such as this would encourage new capital into the sector and allow long-term investors to compete equally with build to sell developers.”

“The law of diminishing returns is being seen in full effect now – lower tax take, fewer transactions and no meaningful increase in affordable housing supply for Londoners. A lose-lose situation.”

“We support Property Week’s Call Off Duty campaign. We hear a lot about Generation Rent, but the over 65s are Generation Stuck. 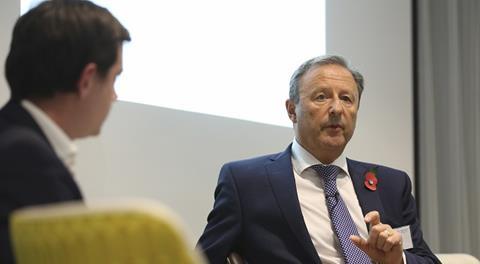 “The market has stagnated at the top of the ladder and exempting older people from paying stamp duty when downsizing would free up millions of properties, help them live in housing better suited to their needs and would result in a £740 million boost for the Treasury through increased Stamp Duty receipts and other taxes from the additional housing chains created as a result.”

“The Treasury is losing billions, people are being forced to stay put and the effect is being felt by the public at every level of the market. The Government says it wants to build more homes and yet is making life very difficult for everyone involved in delivering housing. The Chancellor needs to have the guts to admit the sums no longer add up.”

“The Chancellor needs to correct the stamp duty woes in the second home market. Osborne suggested these changes in a different climate, one unaffected by the global uncertainty 2016 has seen. Whilst some correction to pricing was needed, these corrections have certainly taken place and a kick start to the middle and high end London market is now necessary.”

“I am in full support of the ‘Call Off Duty’ campaign - scrapping the 3% surcharge on second homes appears to be a workable solution to a serious problem, especially in London where the price point is substantially higher. Counter-productive tax arrangements that reduce overall revenue and slow down the housing market need to be changed. The impact is being felt at every level across the industry and the government seems to be turning a blind eye to expert opinion. Within the grips of a housing crisis our industry needs to be robust and inviting, allowing housebuilders to build and investors to invest. The 3% levy puts a huge constraint on institutional investment supporting the built-to-rent sector, which has a unique opportunity to deliver a considerable number of new homes across the UK.”

“We support Property Week’s campaign - the last set of changes have had a hugely detrimental impact, particularly in London where £1m homes are not just the preserve of the super wealthy but hard working people. As a London developer, we have noticed a significant decline in transaction levels at this price point, with people either deciding to stay put and renovate or simply not doing anything. This has a dampening effect on the entire market as the ability to move up the rungs of the housing ladder become harder to achieve.”

“By failing to address levels of stamp duty, the Chancellor has missed an opportunity to speed up the lengthy chains delaying downsizers selling family homes.  This was an opportunity for the Chancellor to introduce an incentive for people buying a family home from a downsizing owner.  This would have galvanised the progress of property chains, which are often around five sales long, and helped to free up larger family homes and assist the housing ladder from first-time buyers upwards.

“It is affluent third steppers, looking to purchase their ‘forever family home’  who will continue to be most significantly hit by punitive moving costs. Typically looking to purchase a home upwards of £1million, this group will still be faced with stamp duty fees of 10-12 per cent, in addition to expensive moving costs and the prospect of higher mortgage payments, most likely stretching their budget to the maximum. As a result of this, older people  wanting to sell the family home and move to retirement developments are delayed. We currently have £20m worth of potential sales, representing 55 per cent of currently available stock,  across our retirement villages in West Sussex, Hampshire, Warwickshire and Devon waiting for the final link in the chain to complete – and the sticking point tends to be the family home being sold.”

“There is a huge demand for good quality retirement property in the UK and a lack of suitable stock. As a result, reservations for our properties are very strong but exchanges are a big challenge. Exchanges take an average of four months to complete and the stagnancy in the selling process is preventing retirees from making the move from a four or five bedroom family house to a more appropriately sized cottage or apartment. This process proves emotionally draining for those looking to downsize, who are often blocked from completing on the purchase of a home into which, psychologically, they have already moved.”

“I was disappointed that Philip Hammond did not address SDLT in the autumn statement. Since the changes announced in 2014 it has proven to be a pointless levy that is having a negative impact on both the London market and the coffers of the Government -  some estimates have predicted a shortfall of £9.5 billion over the next five years.

“Although there is still a market in London - and we have had a reasonable sales run with some good transactions - we have seen a drop in home sales, especially in the £1 million plus bracket. This political meandering is affecting people across the board and not just very wealthy investors. Brexit has already  put a strain on the UK economy and there is an overwhelming consensus from the industry and buyers alike that the Government must take steps to increase transaction volumes again.”

“The Chancellor needs to look at stamp duty in the £1m- £3m price bands to ensure that people who want to buy a family home  in London are not penalised to the extent that they will think twice about moving. The current stamp duty arrangements at the top end of the market are also acting as a disincentive to sell. This has not only hit tax revenues but also had a major impact on related industries, from construction, to furnishings and all services related to buying a home.”

“A vote to ‘Call off Duty’ is a vote that recognises the vital role that rental accommodation plays in a well-balanced housing market. Renting is the only answer for many and until this short-sighted approach by the Government changes, investment will wane and we will be no closer to solving our housing crisis.”

For Call Off Duty to be a success, we need your help. A dedicated survey is ready and waiting to receive your comments and recommendations in response to the questions below.