Capital & Counties is working up plans for a landmark redevelopment of Clapham Junction station as part of its joint venture with Network Rail, its managing director Gary Yardley has revealed to Property Week. 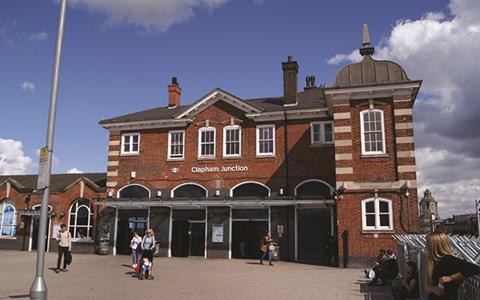 Capco and Network Rail are coming up with ideas for the station - Source: Flickr/Hugh Llewelyn/Creative Commons

The Earls Court and Covent Garden developer has been working with the rail provider on “ideas and proposals” for the regeneration of the south London station, which is Britain’s busiest railway station.

Network Rail chief executive Mark Carne told Property Week last year that it was looking for a development partner to “basically deck over the top of Clapham Junction and redevelop above it”.

Network Rail confirmed the two companies were working together but stressed it was “too early” to know the cost of the project, although sources close to the joint venture said it would require an investment of around £500m.

Yardley would not be drawn on the figure, but conceded it would cost “a lot of money to fix” the station.

“It’s very much early days in terms of the scale, the cost, the planning and the funding situation, but we know that the development around the station has got to be right for London,” he said.

“If you can do that development while simultaneously solving some technical and infrastructure problems that places such as Clapham Junction have, then that must be a win-win.”

In a wide-ranging interview, Yardley also revealed that Capco wants to provide “Pocket Living-style” apartments as part of its multi-billion-pound redevelopment of Earls Court, as well as retirement living and student accommodation.

“That type of accommodation will be part of the next step. We think there’s a massive market for elderly care in all its different guises. Chiefly we see capital-rich pensioners wanting to live in the top parts of London more and more. There’s also student housing.”

Yardley added that Capco would look to bring other developers into the Earls Court project, which could see 10,000 new homes built.

“That’s not just a job for Capco. We’re not here to put every brick in the scheme, but we’re here to facilitate that and make it so you get all the best bits and all the best opportunities for living,” he said.