Manchester-based developer Capital & Centric has bought a 20,000 sq ft site from Transport for Greater Manchester for a new residential scheme. 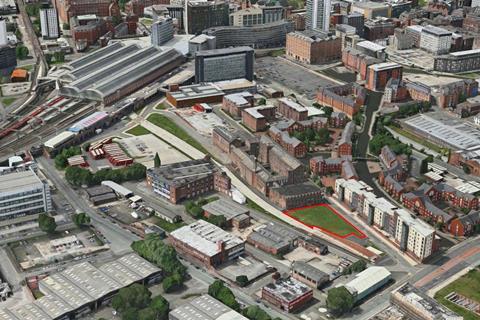 The site is close to its existing Crusader Mill and Phoenix developments in the Piccadilly East neighbourhood.

TfGM originally bought the site for its Metrolink line, but the cleared site has been derelict for a number of years.

Capital & Centric’s plans for it include apartments and amenity spaces, such as co-working space and a cafe bar.

Plans also include a pocket park.

“We’ve lined up shed km, who designed Crusader and Phoenix, so expect more of that understated industrial chic.”

He added that the business had always believed Piccadilly East “is going to be the next big thing in Manchester”.

He continued: We’re starting to see a proper neighbourhood emerge with our owner occupier communities moving in at Crusader and Phoenix soon and the Leonardo Hotel landing next year.

“The wider regeneration plans for Piccadilly East will also see lots of public and green space with vibrant ground floor activity, so it’s going to be pretty special.”