Capital&Centric has exchanged contracts with Sheffield City Council to acquire the city’s iconic Eyewitness Works building with plans for a £25m residential-led redevelopment. 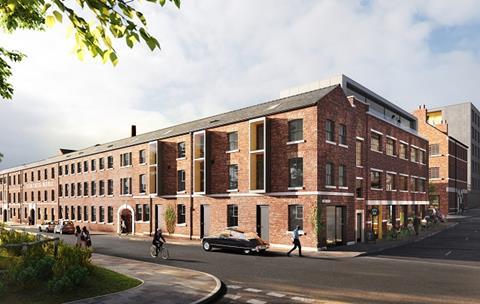 Having acquired the building on Thomas Street, which dates back to 1838, from the council, Capital&Centric has lodged plans for 100 loft apartments and townhouses alongside leisure space.

The former cutlery works has been disused since cutlery works Taylor’s Eye Witness ceased production there in the early 2000s having used the site for 150 years.

Capital&Centric will develop the scheme around restored heritage buildings which will sit alongside new build elements, with plans to develop open space and private gardens within the three central courtyards of the Eyewitness Works.

Sheffield City Council launched an open competition for the site following a property swap with Taylor’s when they re-located their cutlery business to a modern production and distribution site at Sheffield Parkway. Planning approval is targeted for the end of this year, with the first residents expected in 2020.

Adam Higgins, co-founder of Capital&Centric, said: “Sheffield has such a rich heritage and we’ve been anxious to get our hands on one of its historic buildings. Eyewitness Works is a perfect first venture for us in the city.”