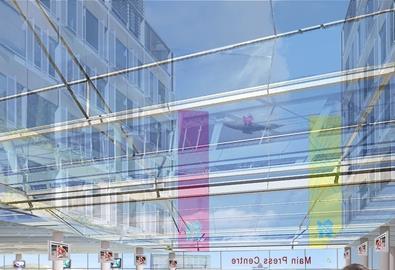 Construction company Carillion and regeneration vehicle Igloo have been chosen as the developers of the 1.3m sq ft Olympic Media Centre.

The joint venture, which was competing against a partnership of Development Securities and Bougyues, was selected following an Olympic Development Authority meeting at the end of last week.

Media hub
The site, home for the world’s media during the 2012 Olympic Games, is subject to two separate masterplans being drawn up for the surrounding areas.

Carillion and Igloo will now work with masterplanners EDAW and Rotterdam-based KCAP on the scheme and its legacy use.

Post-Olympics
It is understood that following the Olympics development will probably be turned into an ‘urban neighbourhood’ for the media and creative industries.

3 Mills Studios, the film company behind Lock, Stock and Two Smoking Barrels, has been linked with a move to the centre after it is completed.