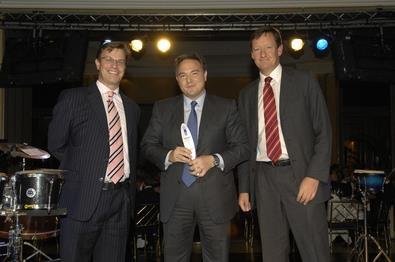 Carrafiell, who headed Morgan Stanley’s European real estate operation from 1995 to 2005, received the honour before 500 people at the European Property Awards in Munich on Monday night.

The other big winner on the night was Unibail chief executive Guillaume Poitrinal, who led the French REIT’s takeover of Rodamco earlier this year, creating Europe’s biggest property company.

He was named European Property Personality of the Year.

The European Property Awards are organized by Property Week, occupiers group Corenet, and Expo Real, the property conference that was also held in Munich this week.

European Deal of the Year Purchase of Parkridge – ProLogis

European Retailer of the Year Ikea

European Occupier of the Year Carrefour

European City of the Future Istanbul