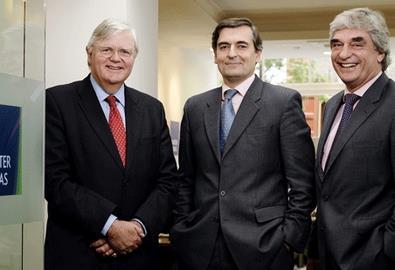 Carter Jonas and its 250 year old rural counterpart, Dreweatt Neate, are set to complete their longstanding merger for the start of May.

The merger, first tipped by Property Week in July last year, will see the two companies Unite under the Carter Jonas brand.

Following the completion of the merger on 1 May, the firm, with 75 partners and 400 staff, will produce a combined turnover of £30m a year.

Mayfair-based Carter Jonas currently has 20 offices in across the UK, while Newbury-based Dreweatt Neate has 11 offices in southern England.

Carter Jonas’s Mark Granger will be the chief executive officer of the new firm, while Davis Smith of Dreweatt Neate will become senior partner, and John Henniker-Major of Carter Jonas will be chairman.

The company will be split in to six divisions; residential headed by Richard Hatch, rural headed by Tim Jones, commercial headed by Chris Haworth, architecture and building consultancy headed by Patrick Griffin, planning headed by Steven Smallman, and minerals and waste management headed by Mick Metcalfe.

Mark Granger, chief executive of Carter Jonas, said of the merger: 'The enlarged Carter Jonas will have a wider spread of offices and a fresh combination of skills to enable it to build on the strong foundations it already has.

'The two firms have been talking for more than a year and we are thrilled to have finally achieved an outcome which will help deliver an enhanced service to our wide ranging client base.

'I’m looking forward to leading the firm into a new era of prosperity, serving both private and corporate clients from the South Coast to the Scottish borders.’

David Smith, senior partner at Dreweatt Neate, said: ‘The synergies between the two firms were too strong to be ignored. Not only are we very similar in terms of business mix, culture and heritage, but we are a perfect fit geographically. For some time, both organisations have felt that a merger could generate significant opportunities, and we’re very excited that this is finally happening.’

The merger has created some overlap between the two business which will result in some staff redundancies.

As part of the restructuring of the two firms, staff have entered a consultation process.