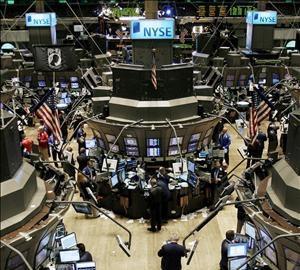 Both firms enjoyed brief rallies from 20 November as US share prices jumped, with CBRE reaching $5.05 and JLL $24.53 last Wednesday.

The share plunges at the world’s two largest property services firms came as evidence of a global slide towards a deep recession mounted with severe strain reported by manufacturing companies around the world, large falls in car sales across Europe and bad construction figures in the US.

So clear were the signs of downturn in the US that the National Bureau of Economic Research, the most prestigious US independent economic authority, said the country had been in recession since December 2007.

The gloom prompted a near 9% fall in the S&P 500 index, reversing gains made last week, while the 10-year Treasury yield fell to its lowest level for more than half a century.