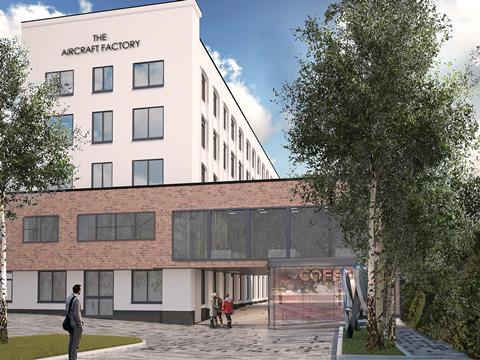 CBRE is using the tool to give prospective investors and occupiers a unique view inside the historic site, which housed crucial plane-building efforts in both world wars, as well as providing the setting for the 1936 Alfred Hitchcock film Secret Agent. 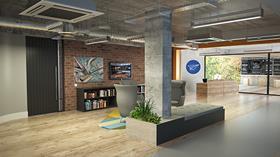 The Aircraft Factory is due to complete in February next year, providing an initial 55,000 sq ft of office accommodation with further space becoming available later.

Dan Hanmer, head of CBRE CreativeLondon, said: “London’s skyline is a patchwork of buildings steeped in rich history, and many of them are as important for the city’s cultural foundations as they are for the businesses that now occupy them.

“The Aircraft Factory is one such site, of critical military importance in a bygone era, now set to become a beacon for media and tech companies in West London.

“Tune in for a live broadcast tour of the site, where we’ll reveal how its industrial legacy has been adapted for those working in today’s creative revolution.”