Flexible office space in central London saw a 20% discount in prices in 2019 compared with the prices spaces were listed at, reveals new data from flexible workspace search engine HubbleHQ. 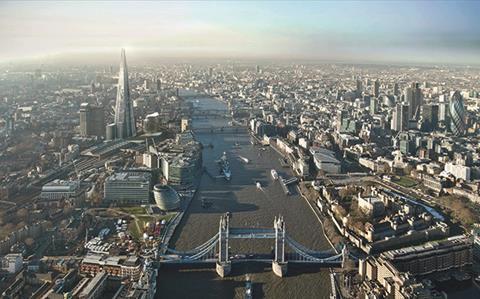 In the second half of 2019, Farringdon saw the largest discount at 45% across London’s top 11 flex office zones, according to the data compiled in HubbleHQ’s first Flexible Office Index results.

“The relatively high discount levels reflect that operators are – on the whole – very keen to fill spaces quickly rather than wait for the perfect deal,” said a spokesperson for HubbleHQ.

“The difference in discounts between Farringdon and Oxford Circus [and other zones] relate to short-term supply and demand factors,” they added.

In 2018, the average discount in central London was closer to 30%, according to HubbleHQ data.

“It could be that an operator wants to fill a new building quickly and [discounting] offers a short-term incentive, such as a six- or 12-month licence on a reduced rate,” HubbleHQ’s spokesperson said. “Alternatively, discounting could be used as a way of attracting a larger customer to take on a longer-term.”

HubbleHQ, they added, saw a gradual tightening of discounts as the year progressed. In the fourth quarter, 450,000 sq ft of flex space was taken up, putting it in line with previous quarters in 2019.

Despite the discounts, what tenants are paying per desk rose by 5% in the fourth quarter compared with the annual average.