Central London take up and investment falls by a third 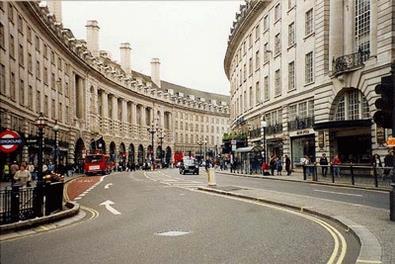 Take up fell by a third across Central London while investment volumes fell 30% to £1.2bn during the third quarter of the year, according to Jones Lang LaSalle.

In its Central London market seminar this morning it said that occupier take-up in central London fell by 34%, with only 1.9m sq ft let in 100 deals, in the lowest level since 2004. Active demand has decreased by 18% with a further fall expected.

The economic climate and occupier hesitancy in financial services sector led to a 4% fall in prime rents in the City of London to £60/ sq ft.

JLL said that just over 1m sq ft of space was let in the City during the third quarter, which was a 45% increase on the second quarter. However, the year to date total take-up of just over 3m sq ft is 41% behind the same period in 2007.

‘There will always be a market, it’s just volumes that may vary,’ said Neil Prime, head of office and city agency at Jones Lang LaSalle.

‘The downturn is more severe and longer lasting than previously anticipated so it’s no surprise that we are saying conditions are tough and are getting tougher. As occupiers re-trench in reaction to the global economic climate rents will continue to fall until at least the end of 2010.

'However, the first signs of a bounceback will be felt in the City, where we expect demand to accelerate in response to a shortage of supply.’

‘Occupiers have started to adopt a less expansive ethos and are trying to be more intelligent about the use of existing space. However, we could also start to see sectors traditionally loyal to the West End, such as Media and Hedge Funds, loosen their ties in search of cheaper rents elsewhere.’

JLL said it expects take-up volumes to continue to fall across London into 2009 as occupiers may now be inclined to wait but it said that demand would not decrease to of 2001 and 2002 levels. It said rents will continue to fall as tenants dispose of space.

Investment levels in central London have also dropped by nearly a third at 30% since the last quarter.

JLL said in 2009 conditions will remain challenging when trying to secure debt and it is likely that there will be more distressed and forced sales.

Andrew Hawkins, a lead director in the City investment team at Jones Lang LaSalle, said: ‘Investment in the City market only reached £558m in Q3, a fall of 39% on Q2 volumes, and approximately 70% of this activity was attributed to overseas and not domestic investors.

‘However, securitisation has distorted the central London capital market for the last three years. Volumes are now back to normal levels of between 2000 and 2004. London is the cheapest of the three main financial centres and prices have been correcting further and faster than any other global city.

'Banks will dictate the change in market pricing and we will see a turn around in 2009 as forced sales create transparency on pricing.’

Head of West End investment at Jones Lang LaSalle Damien Corbett, said: ‘Despite deteriorating conditions in debt markets and a shortage of buyers the £1.2bn invested in central London in the last quarter is encouraging. Such levels are not surprising given the inability of financial institutions to provide inexpensive debt.

'This trend will continue to restrict investment levels but markets will overcorrect. Once prices stabilise, opportunity funds will emerge as active buyers in 2009.’