Scottish developer Chris Stewart Group has confirmed the loss of colleague Chris Vaughan, who passed away on 5 January aged 53 having suffered from cancer. 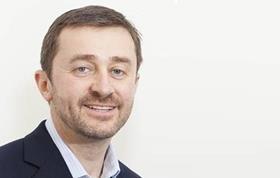 He joined Chris Stewart Group in 2014, where his recent development projects included the Courtyard Marriott Edinburgh on Baxter’s Place and The Registers at St Andrew Square in Edinburgh.

Prior to joining CSG, Vaughan worked as a development director for companies including Helical Poland, Northstar Developments, a joint venture with Chancerygate, and Kenmore. He qualified as a chartered surveyor with Weatherall Green & Smith in 1993.

Described as “a friend to many”, Chris Stewart said in a statement: “It is with great sadness that we announce that Chris Vaughan has passed away after a lengthy and dignified battle with cancer. Chris will be greatly missed by all who knew him.”

A service of thanksgiving will be held in Edinburgh in early February. He is survived by wife Anna and children Jamie and Isla.