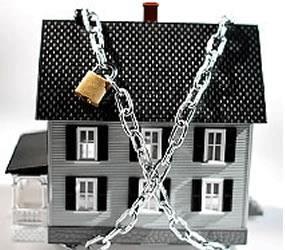 Its sixth annual property survey found ‘widespread and growing lack of confidence in the sector.’

Smith & Williamson surveyed 187 investors, traders, developers, chartered surveyors, architects, lawyers and others and found that those in the residential sector are particularly pessimistic. And those who are ‘reasonably or very confident’ have dropped from 86% in 2006, to 48% in 2007 and to just 7% this year.

Confidence in the commercial property sector has also dropped in the last two years. In 2006, 91% responded that they were reasonably or very confident, in 2007 it was 58%, and this year 18% said they are ‘reasonably confident’.

Over a third (37%) of respondents said their businesses will be constrained in the next 12 months due to lack of finance.

The survey found that environmental issues are not the industry’s priority with many respondents unaware of the available tax reliefs.

Tax also continues to have a significant influence on business decisions, and frequently acts as a barrier to property transactions.

88% said that tax would influence their decision on whether or not to sell a property. Last year the equivalent figure was 93%.

Nick Cartwright, chair of Smith & Williamson’s Property Group said: ‘The Brown-Darling partnership has complicated property taxation no-end and it remains to be seen whether the pair can come up with any meaningful provisions to assist the ailing UK property market in its hour of need.’